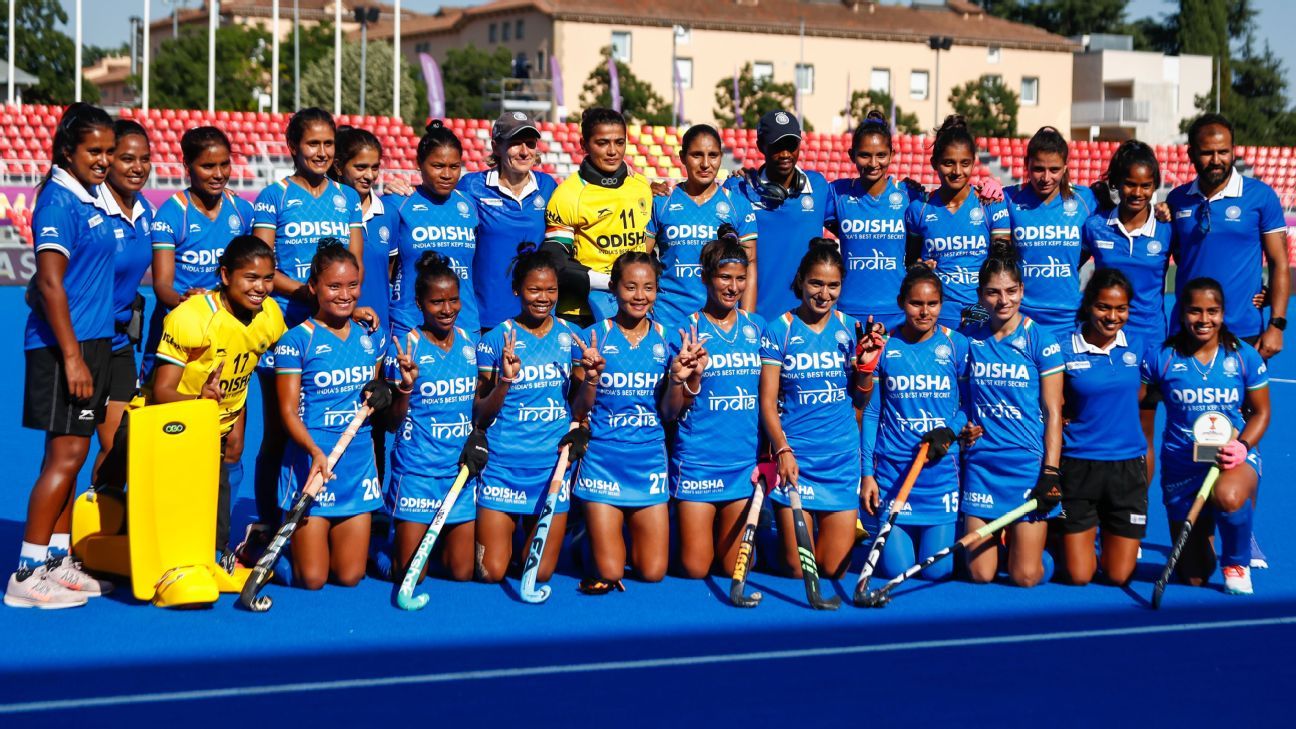 India at the 2022 Women’s Hockey World Cup: Two draws to start the tournament followed by two defeats and then two victories to finish ninth.

A disappointing performance for a team aiming for a podium finish. Maybe being in a tougher pool worked against them (Pool B was highly competitive with New Zealand, England and China.) Maybe a fit Rani Rampal would have made a difference. But there’s no doubt that this team, while better than the results show, faltered massively when it came to converting their chances.

The biggest missed chance was penalty corners. India converted only 5 out of 43 PCs in six matches, perhaps the most relevant, and damning, stat behind the disappointing performance at the World Cup.

Playing an attacking style of hockey under coach Janneke Schopman, the team created opportunities against tough opponents. They moved the ball with purpose, and they did it quickly. This was the team’s biggest strength going into the World Cup and they played to it. But the irony is that while this style of play yielded frequent penalty corners, they failed to take those chances.

Against England, they scored 1 goal from 6 penalty corners.
Only 1 successful conversion from 5 chances against China.
They earned 13 penalty corners against New Zealand but converted just 1.
In the decisive match against Spain, 0 out of 4.
Just 1 out of 8 chances against Canada and 1 out 7 against Japan in the matches to decide the final rank.

What was different in Tokyo?

This is in contrast to the Tokyo Olympics, where India had stunned Australia to reach medal contention. Though India had a different head coach and their game has evolved since, goals from penalty corners were crucial to their impressive fourth-place finish.

In their must-win group game against South Africa, India scored 3 goals from penalty corner variations (out of 6 chances), eventually winning 4-3. In the next match against Australia, Gurjit Kaur converted India’s only penalty corner opportunity to give them a historic victory (not to forget Savita’s sensational saves). India lost 2-1 against Argentina in the semi-finals and 4-3 against Great Britain in the bronze medal playoff but scored three goals from penalty corners in both the matches.

Before the South Africa game, India played Ireland and wasted 14 penalty corners, but they improved in the next two matches and look how close they came to winning an Olympic medal. Argentina, one of the favourites for the title, is a good example of a team taking most of their chances by playing to their strengths. They earned 29 penalty corners on their way to the semifinals in this World Cup and converted 11 of them. Argentina’s Agustina Gorzelany, like Gurjit, is a penalty corner expert and she is the highest goal-scorer in the World Cup with five goals from penalty corners and one from penalty stroke.

New Zealand, who finished above India in Pool B and qualified directly to the quarterfinals, are another example of a team being effective from penalty corners. Although their game is not defined by penalty corners, they made it count by converting their chances. They earned nine penalty corners in the group stage, scored four goals, including three against India in a 4-3 win.

The other big factor was Gurjit Kaur, India’s best dragflicker, not being at her best. Out of five goals from penalty corners, Vandana Katariya scored two – one from a rebound and one from a variation. Salima Tete scored one goal from a variation while Deep Grace Ekka converted one chance.

Gurjit could score only one goal, against New Zealand. She attempted 14 shots on target in six matches but had just one success to show. The second dragflicker in the team – Deep Grace Ekka was also not up to the mark. She also has just one goal from seven shots on target. In a last-ditch attempt, Schopman called upon Monika Malik to take over the dragflick duties against Spain and Canada, but it didn’t yield the desired results either.

It has to be said that the likes of China and New Zealand defended the penalty corners really well against India. So did England’s goalkeeper Maddie Hinch. All these matches were close and not much separated the teams, so a slightly better success rate in penalty corners could’ve made an impact on the results.

Could Rani have made a difference to the team’s fortunes?

A fit Rani Rampal is definitely a strength for the team. As she has shown in her long career, Rani can turn the games around by herself by scoring at crucial junctures of the game. India did miss her in the World Cup, but it’s also pertinent to point that this team played a year without Rani and performed in the FIH Pro League matches. Other attackers had stepped up in her absence and did well. The likes of Navneet Kaur, Sharmila Devi, Lalremsiami, Neha Goyal and Salima Tete scored important field goals in the Pro League. In fact, India scored 20 field goals from 16 matches in Pro League, joint third in the list with two behind Netherlands and one behind champions Argentina.

What’s next for the team?

The players will now fly to Birmingham, England for the Commonwealth Games, which begins from July 28. Two big tournaments in a short span and no doubt the players and Schopman will be feeling the pressure. But this is not necessarily a bad thing. The CWG presents an opportunity for the team to quickly move on from the World Cup disappointment. And they know where they are lacking. The results were underwhelming, but they are not playing bad hockey. There’s no need to overhaul the entire style but only work on a certain aspect. Focused improvement on the penalty corner conversion part is the need of the hour and it could once again prove to be a strength.