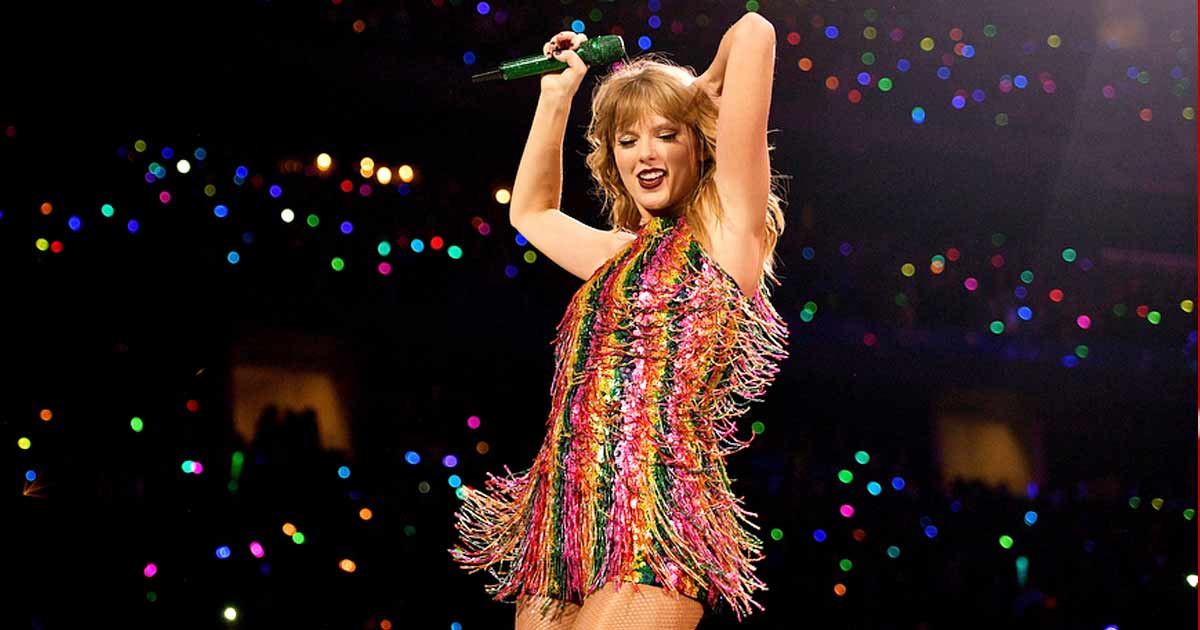 Taylor Swift is one of the biggest artists in the world right now. The kind of fan following the singer has is unbelievable. Swift has been a part of the music industry for a decade and has given us some of the most incredible songs and lyrics to remember her by. Today, we bring you a throwback to the time when she had her own Marilyn Monroe moment at the live concert. Scroll below to watch the video.

It was 2011 and Swift was already doing pretty well in her career and enjoyed a huge fan following among the masses. During her ‘Newark Speak Now World Tour 2011’ the 32-year-old singer wore a purple coloured halter neck dress when she almost had a wardrobe malfunction but she handled it like a queen.

Taylor Swift wore a short halter neck dress and paired it with pointed heels and donned a messy ponytail to go with her look. The singer was performing ‘You Belong With Me’ on the stage at a live concert when her dress flew in the air making her own an oops Marilyn Monroe moment. And guess what? She totally nailed her performance and continued with it like nothing even happened.

Take a look at the video below:

And yes, this is the same concert where Taylor Swift surprised her fans with her BFF Selena Gomez and gave a powerful performance with her.

Take a look at their performance below:

Aren’t these two friends goals? They have been through each other’s thick and thin.

What are your thoughts on Taylor Swift owning her own Marilyn Monroe moment at the live concert? Tell us in the comments below.