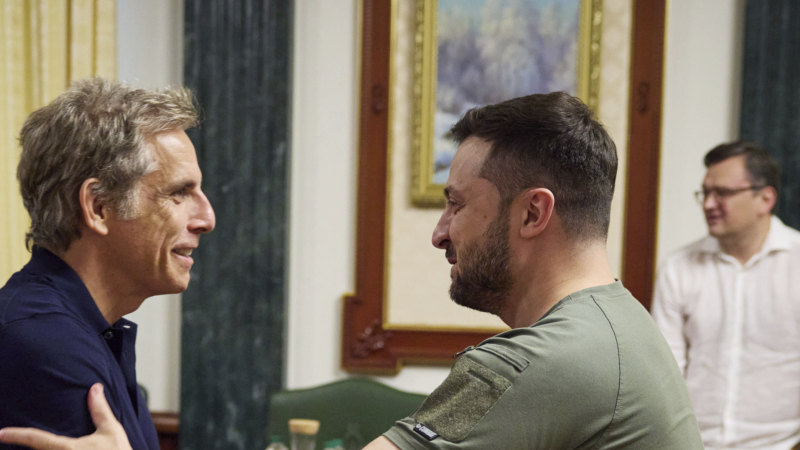 He continued: “Protecting people forced to flee is a collective global responsibility. We have to remember this could happen to anyone, anywhere.”

Stiller is not the only celebrity to visit Ukraine. Angelina Jolie made a surprise visit in April to the city of Lviv – which has been relatively spared from the heavy fighting and shelling in other parts of the country – where she met children and refugees and was spotted at cafes by locals. (While millions have been forced out of Ukraine’s borders because of the war, millions more have been displaced domestically.)

Jolie, a UN special envoy for refugees, was there on a personal basis rather than on an official United Nations visit. Stiller’s trip was organised by the UN refugee agency.

The war in Ukraine has pushed global displacement to record levels, a “tragic milestone,” the agency said this month, at which point more than 100 million people had been forced to flee their homes – more than 1 per cent of humanity.

The invasion has triggered the fastest forced-displacement crisis since World War II, it said. In addition to other emergency situations in Afghanistan, Africa and elsewhere, the invasion has “pushed the figure over the dramatic milestone”, the agency said.