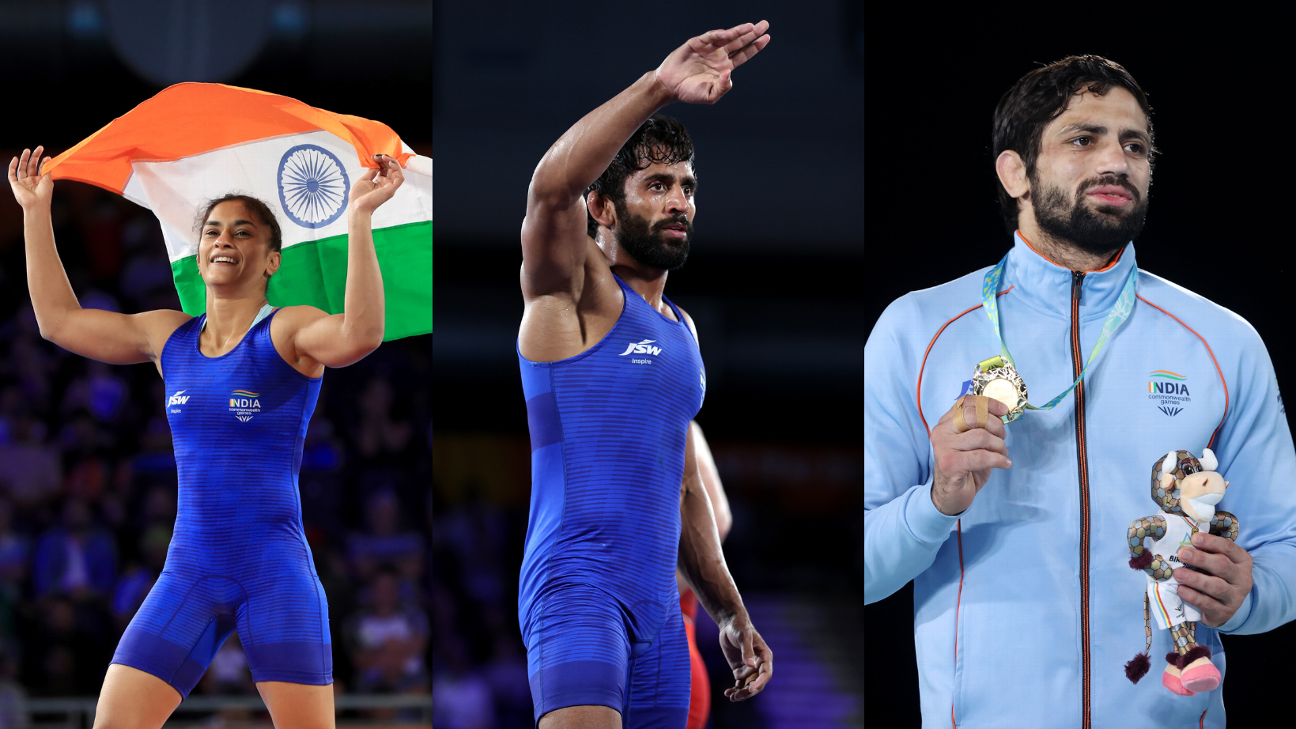 The Indian wrestling contingent put up a strong show at the Games in Birmingham, with all 12 of them winning a medal. But it won’t be as easy at the Worlds.

Apart from the level of competition being far superior to the CWG, India isn’t fielding its best team in Belgrade. Four out of the six women wrestlers who won medals at the CWG, including 2021 Worlds silver medallist Anshu Malik, aren’t in action this time around. Among the men, Deepak Punia (86kg) has been forced to give the competition a miss due to an elbow injury.

Vinesh in with a good chance

Vinesh has a fine chance to better her bronze medal from the 2019 edition, especially following Akari Fujinami’s withdrawal. The 18-year-old Japanese star, who is on a mind-numbing 103-match unbeaten streak, had to pull out of her title defence owing to a foot injury last week.

Seeded 10th, Vinesh begins her campaign against Mongolia’s Khulan Batkhuyag, who won silver at the 2022 Asian Championships. The Indian should be able to get past Batkhuyag without much fuss, following which she will take on Kazakhstan’s Zhuldyz Eshimova, a bronze medallist at the Asian Championships.

That would be followed by a tough bout versus Moldova’s Lulia Leorda, a silver medallist at the 2021 Worlds. If Vinesh can get past this tricky bout, then she is all but likely to clash with Sweden’s Joana Malmgren – the 2022 European champion. Malmgren has been shuffling between the 50kg and 53kg weight categories and made the full-time switch to the latter last year. She also won the 2021 Junior World Championships.

Vinesh would fancy her chances in the final, if she were to make it. The two most probable names she could face are either Canada’s Samantha Stewart or USA’s Dominique Parrish.

Why would Vinesh fancy her chances? Because she pinned Stewart in a little over 30 seconds when they competed at the CWG last month. Vinesh wouldn’t mind taking on Parrish either, who lost to Antim Panghal at the 2022 Ranking Series event in Tunisia. Vinesh had defeated Antim during the World Championships selection trials last month.

All eyes on Ravi, Bajrang

India’s most consistent wrestler today, Ravi is in fine form: he’s won gold at the Commonwealth Games, Asian Championships and Yasar Dogu tournament this year. The absence of Zaur Uguev, the Olympic gold medallist, could prove to be advantageous.

Seeded second, Ravi is expected to ease through the preliminary stages before taking on Colombia’s Oscar Tigreros [if the seeds hold] in the semifinal. The Indian had beaten Tigreros enroute to his silver medal at the Olympics.

Ravi, who has been training in Vladikavkaz, Russia for the last month, would then clash with European U-23 champion Horst Lehr and a win would see him set up a mouthwatering final against reigning world champion Thomas Gilman. The duo have never faced each other yet.

Bajrang, who has been held back by a knee injury, will look to capitalise on his new-found form in the men’s 65kg. He showed glimpses of his vintage self and was at his attacking best as he dominated his way to the CWG gold last month.

Bajrang is seeded second and is the favourite to face three-time world champion Haji Aliyev in the final, but it may not be an easy path. The 65kg division is the most fiercely-contested and fiercely-followed weight category in freestyle wrestling and can always spring surprises. In Bajrang’s case, it could either be Iran’s Rahman Amouzad or USA’s Yianni Diakomihalis.

Bajrang was stunned by Amouzad at the Asian Championships this year. The 21-year-old Iranian made his senior debut in the 61kg last year but then moved up to the 65kg category and has indicated that he’s here to stay. Diakomihalis, A three-time NCAA champion, is out to end USA’s 26-year medal drought in the 65kg division.

Bajrang, who is India’s first-ever three-time worlds medalist, faces a tricky journey to win a fourth.