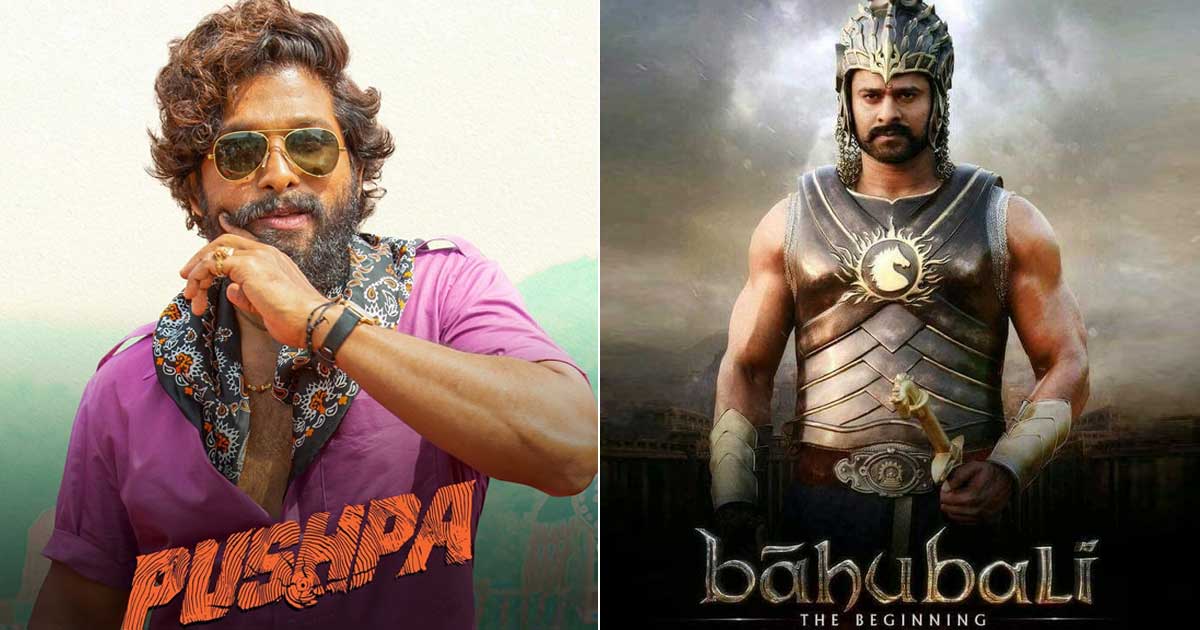 Pushpa has already entered 4th week after wrapping up week 3 on a glorious note. Starring Allu Arjun in lead, the film has surprised one and all with the performance of its Hindi version. In fact, it has even achieved a tremendous feat at the box office and below is all you need to know.

Pushpa (Hindi) took a decent start of a little over 3 crores. Considering there wasn’t much promotion, trade experts thought it to be an average affair in the Hindi speaking belt. But guess what, it went on to become the third highest-grossing film of 2021, after Sooryavanshi and 83.

Yesterday, 3rd week total of Pushpa (Hindi) came in, which stated a whopping 25.40 crores have been accumulated in the last 7 days. It has now made its place in top 15 Hindi earners of week 3. Moreover, it has even surpassed Baahubali: The Beginning’s numbers. Check out the list below:

As we can see, Pushpa (Hindi) is at the 13th position. Let’s see what it does in its 4th week.

Helmed by Sukumar, the film released on 17th December 2021. It also star Rashmika Mandanna and Fahadh Faasil in key roles. It premiered on Amazon Prime Video yesterday, in four languages including- Telugu, Tamil, Malayalam and Kannada.