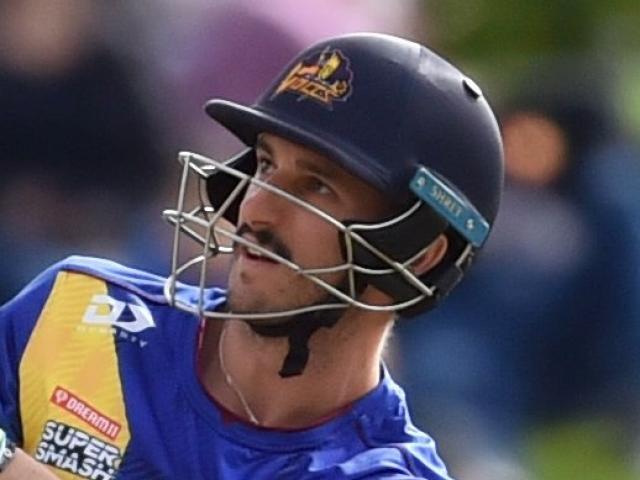 The Otago Volts backed up heavy losses to the Central Stags and Canterbury Kings with a tense five-wicket defeat to the Wellington Firebirds in a Super Smash match in Queenstown today.

The Volts slumped to 77 for five but recovered to reach 166 for seven.

The Firebirds top three went on a hitting spree and broke the back of the chase with 72 runs in the powerplay.

But Otago wrist spinner Michael Rippon and part-time left-arm spinner Hamish Rutherford were able to put some pressure back on Wellington with some tight overs.

The pair picked up three wickets between them and game swung back into the balance.

But 19-year-old opener Tim Robinson underlined his potential with a fine knock of 65.

He got out with victory in sight, leaving former Volts all-rounder Nathan Smith the job of breaking Otago hearts.

He did that in style, flicking Jacob Duffy for back-to-back sixes to seal the win with four balls to spare.

The defeat means Otago drops to last place in the competition standings. It can climb off the bottom with a win against Auckland at John Davies Oval tomorrow.

Earlier, Otago opener Josh Tasman-Jones flashed the ball between the keeper and first slip to get his innings under way. He also top-edged a six over the keeper.

But the right-hander played positively and justified his recalled with a hard-hit 35 from 26 balls.

Perhaps he used up all the Volts’ luck, though.

Captain Rutherford got a thick edge and was caught at short third man for 12. Another few centimetres to the right of Hamish Bennett and he would have banked a boundary.

Llew Johnson gloved his first ball — a leg side bouncer — to the keeper.

It was not much of a delivery but Jimmy Neesham was happy enough with the result.

The Volts were five down with 10 overs remaining.

The rebuild fell to Anaru Kitchen and Rippon and the pair muscled Otago into a reasonable position with five overs remaining (114 for five).

Kitchen has been short of runs this summer but shook off some disappointing form to blast 54 from 34.

Bennett bowled a great last over to keep the Volts under 170.

The Firebirds were seemingly in control but had a battle ahead.