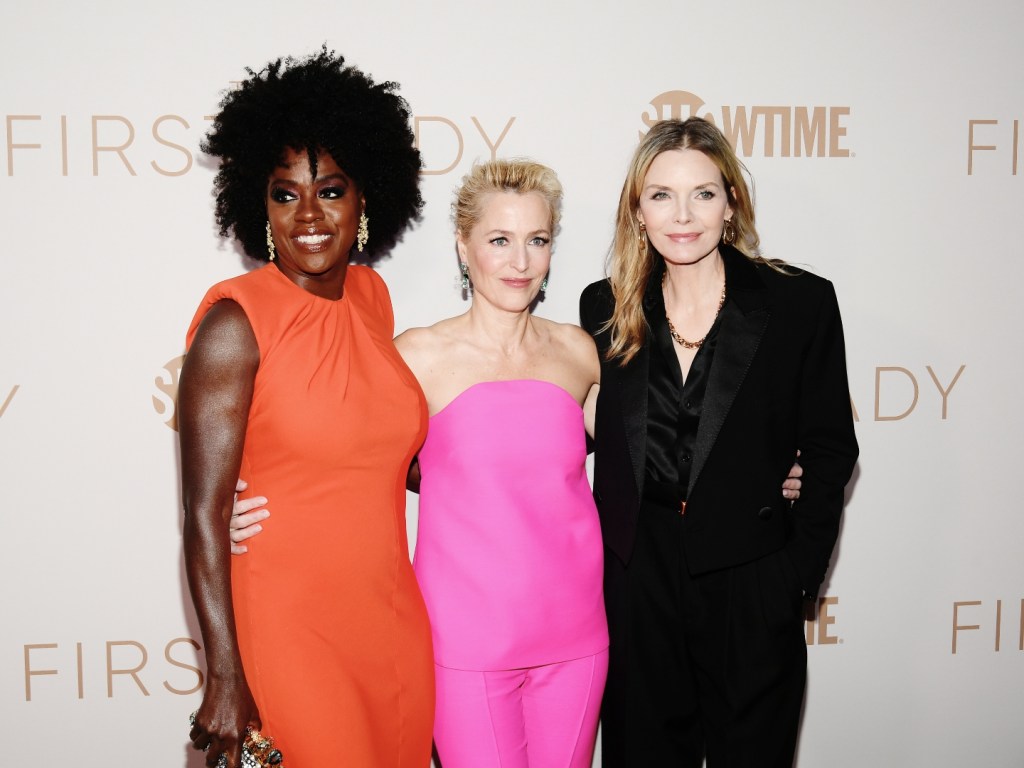 Showtime has a hot new series, The First Lady, premiering on April 17. The high-wattage red carpet on Thursday night in Los Angeles proved that with strong writing and multi-faceted roles for women, these in-demand artists will sign on to the project. Viola Davis, Michelle Pfeiffer and Gillian Anderson tackle the complex assignment of embodying a historical First Lady — a White House role that isn’t paid but demands much of their time.

Davis understood the assignment of playing Michelle Obama right away. “What’s dramatic about Michelle Obama? I’ll tell you what’s dramatic,” she explained to Deadline’s Contenders TV. “She is a Black woman and the first Black woman in the White House built by slaves, someone who literally was perceived to be overly masculine, not feminine, angry, hostile.” Davis felt that it was her job to “honor her and not the perception of what Black women are supposed to be.”

With Pfeiffer stepping in to play Betty Ford and Anderson trying to stand as tall as Eleanor Roosevelt (there is a seven-inch height difference), actresses in Hollywood are thrilled to peel the intricate layers of the women, who had just as much influence as their husbands in the Oval Office. See who came out to celebrate The First Lady‘s big night — and find out who had an on-screen reunion after 21 years apart.