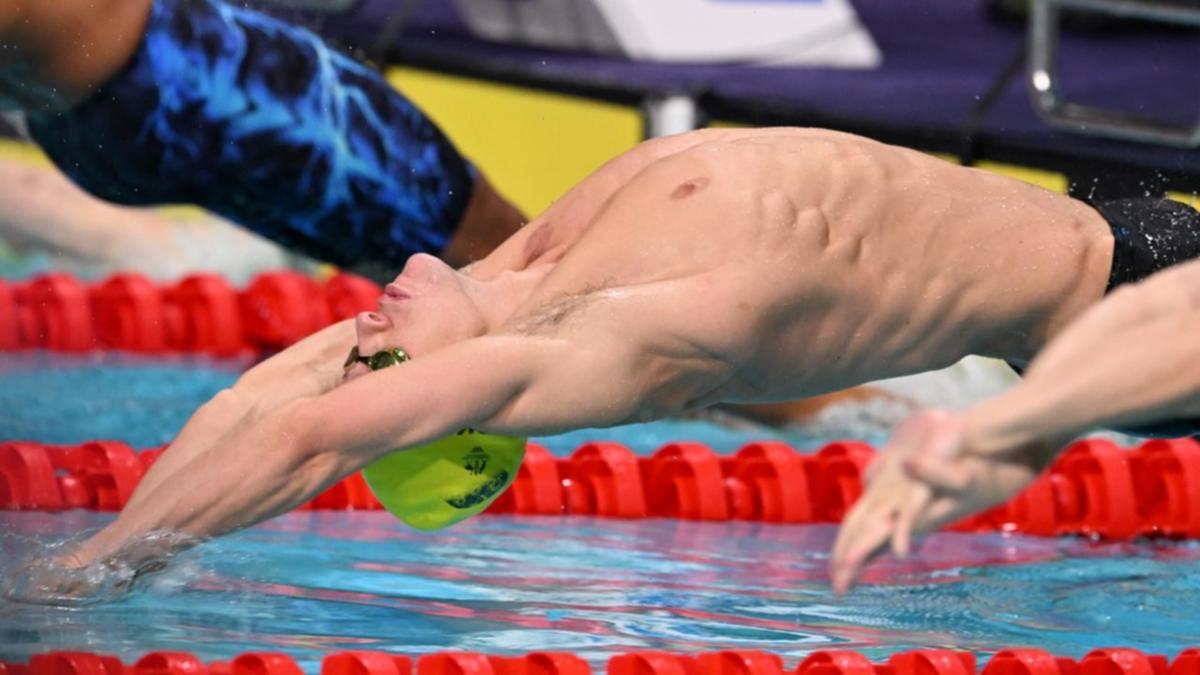 Australian swim stalwart Mitch Larkin got an office job, sat behind his desk and thought: “This could be it for the next 40 years.”

He gained employment as an assistant property analyst at an investment company in Brisbane.

“I loved that opportunity,” Larkin said on Sunday.

“And after Tokyo I had a couple of days where I sat at my desk and said, ‘This could be it, the next 40 years’ – and I love that idea.”

After saying that, however, Larkin took a look around the pool deck at the Birmingham Commonwealth Games, having just qualified for the 50m backstroke semi-finals.

“There’s nothing like racing, nothing like the adrenaline, the passion, the vibe, the challenge, the anxiety, the stress – all that and still coming out the other side and swimming great.

“It’s exciting to know that (property analyst job) is the future, that is something that I really do enjoy.

“But you can only swim for so long and once you give it up, once you hang up your swimming togs, it’s really hard to come back.

“I teetered on that edge a little bit but I love swimming.”

Larkin, a six-time Commonwealth gold medallist, now plans for swimming to be his main vocation again, with a view to racing at his fourth Olympics in 2024 in Paris.

“I have had a few challenges the last couple of months, a bit of a crook shoulder but it’s getting better … I just want to go home and rip in for the next 12 months and then I can come back to my best,” he said.

Larkin will be joined in the 50m backstroke semis by teammates Ben Armbruster and Brad Woodward after solid Sunday morning heat swims in Birmingham.

Also on Sunday, a restrained Kyle Chalmers was sixth-quickest into the men’s 100m freestyle semis along with compatiots Zac Incerti (third-quickest) and William Yang (10th-quickest).