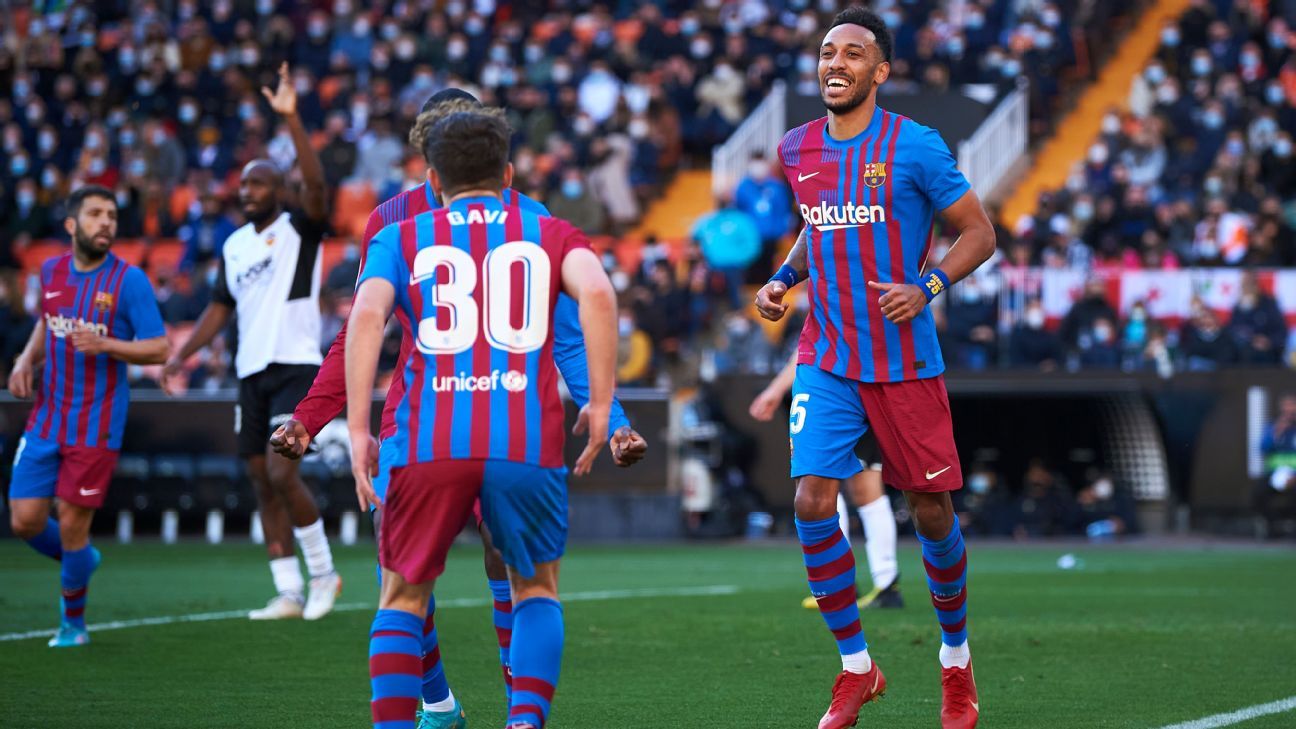 Pierre-Emerick Aubameyang scored a hat trick as Barcelona claimed a convincing 4-1 win at Valencia on Sunday, lifting his side to fourth place in LaLiga.

It was the eighth, ninth and 10th goals of the season for the former Arsenal striker, who last found the net in October in the Gunners’ 3-1 win over Aston Villa.

The win lifted Barcelona into fourth place on 42 points from 24 games, tied with Atletico who are fifth on goal difference. Real Madrid top the table with 57 points.

Barca were once again clinical up front, scoring four goals from only six shots on target. They have now netted 10 goals in their last three league games.

“We are beginning to find that efficiency that we were lacking earlier in the season,” captain Sergio Busquets told reporters.

“I hope Aubameyang is that one piece that we were missing up front. He is a great player that arrived hungry because he was not getting many opportunities at his last club. It is a luxury having him in our team.”

Aubameyang completed his hat trick when Pedri’s strike hit the Gabon striker’s back before going in. The deflection was originally judged to be too minor attribute to Aubameyang, but he was later awarded the goal.

It was also a busy afternoon for the Video Assistant Referee (VAR), who had to intervene at two key points, disallowing a first-half goal for Valencia after spotting that the ball was inches out of play at the start of the move, and later overturning a penalty for Barca due to Aubameyang being very narrowly offside.

Barca appear to be refinding their confidence in the last few weeks under manager Xavi Hernandez. They were in charge of possession from the beginning, and Marc-Andre ter Stegen was solid at the back, frustrating almost all Valencia’s efforts to fight back.