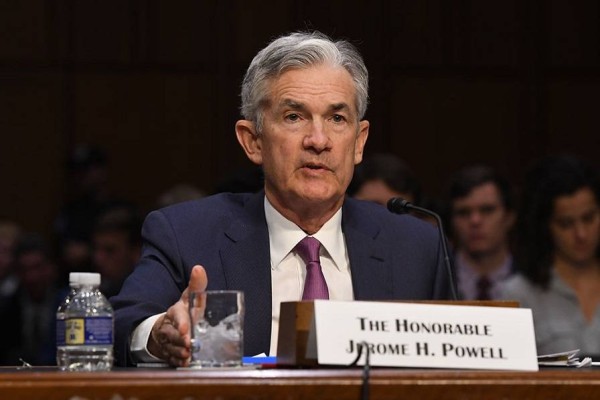 The United States may have entered a technical recession last week following two successive quarters of contraction but there are plenty of signs its economy is still in reasonably solid shape, Craigs Investment Partners head of private wealth research Mark Lister says.

And further data about jobs and unemployment this week, both in the US and New Zealand, will help paint a fuller economic picture.

Last Friday (NZ time), the US economy was shown to have shrunk for the second consecutive quarter, declining 0.9% in the three months to June. That followed a 1.6% decline in the first three months of the year.

The latest report showed a broader slowdown across the housing market, business investment and government spending, while consumer spending grew at a slower annual rate of 1%, as people cut back on goods and groceries.

That followed the US Federal Reserve a day earlier delivering a much-anticipated 0.75 percentage point rate increase. The rate hike was the second consecutive such hike and took the overnight borrowing rate to a range of between 2.25% and 2.5%, its highest level since 2019.

It also represented the Fed’s most forceful action since the early 1990s as it sought to rein in inflation, which is currently running at 9.1% in the US.

Lister said that while the growth data showed the US was technically in recession there were other things to consider.

Those numbers get reviewed twice over the coming months and are annualised, so the actual change on a quarterly basis was a lot less than the figures suggested.

“It’s net of inflation and with inflation running so high, it’s not a bad outcome to have almost kept pace with it,” he said. “Plus, you’re just not seeing the widespread weakness across the US economy that you would associate with a recession.

“Technically, maybe we’re there, but I think most people would still consider the US economy in reasonably solid shape for now. Who knows how things will look in six months or early next year, but it’s probably not something I think we need to panic about at the moment.”

Coupled with that, global stock markets had enjoyed another positive week, with the US enjoying four up weeks out of the last six to be up more than 10% over that time.

The NZX, meanwhile, was up about 8% over the last six weeks.

Most were still down overall in 2022 and off recent highs, but it had been pleasing to see a rebound over the last month or so, Lister said.

About half of the US share market had reported their latest financials now and about 70% had beaten market expectations, Lister added.

“It was hugely comforting to see the likes of Microsoft and Google and Amazon actually put out some numbers that were fairly impressive. Not perfect and not without their challenges, but still pretty good against the context of that market weakness.”

Locally, Mainfreight had issued a strong trading update at its annual general meeting on Thursday.

This week, further heavyweights including PayPal and Alibaba would report and be closely watched by markets.

Also this week, Lister had his eye on further economic data out of the US and in New Zealand, as well as the prospect of Fonterra reducing its record forecast payout.

The ISM Purchasing Managers Index was due overnight Monday, with the services component of that index a couple of days later. Both had been showing signs of weakness and evidence manufacturing had stalled.

A US jobs report was also due at the end of the week, with unemployment there sitting close to a 50-year low at 3.6%.

That’s a really important part of the economic picture and it’s really important for the path of inflation and wages and for what the Fed does,” Lister said. “We have seen some indicators that are pointing to things just starting to weaken in the labour market.”

In New Zealand the quarterly employment survey for the June quarter was due Wednesday, with expectations it will drop from 3.2% to 3.1%, its lowest since the early 1980s. Some were even predicting a drop into the “twos”, Lister said.

Finally, Lister said Fonterra’s current estimated dairy payout of $9.50 – the highest ever – was increasingly under pressure as commodity prices fell over recent weeks.

That said, even if it came down to $9, it would still represent “a very healthy payout for the dairy sector.”