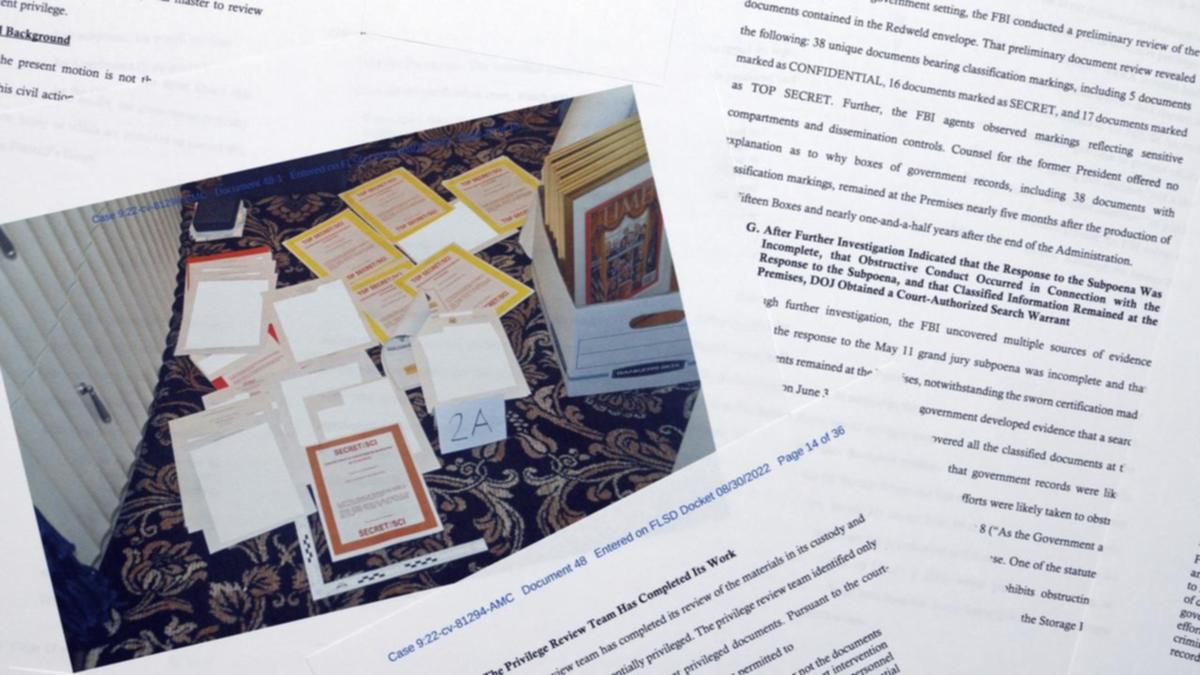 Former President Donald Trump’s lawyers have dismissed as a “storage dispute” Trump’s retention of top-secret documents at his Florida home, urging a judge to keep in place a directive that temporarily halted key aspects of the Justice Department’s criminal probe.

The Trump team also referred to the documents that were seized as “purported ‘classified records,'” suggesting his lawyers do not concede the Justice Department’s contention that highly sensitive, top-secret information was found by the FBI in its August 8 search of Mar-a-Lago.

The lawyers asserted on Monday that there is no evidence any of the records were ever disclosed to anyone and said at least some of the records belong to Trump and not to the Justice Department.

“This investigation of the 45th President of the United States is both unprecedented and misguided,” they wrote. “In what at its core is a document storage dispute that has spiraled out of control, the government wrongfully seeks to criminalise the possession by the 45th president of his own presidential and personal records.”

The 21-page filing underscores the significant factual and legal disagreements between lawyers for Trump and the US government as the Justice Department looks to move forward with its criminal investigation into the illegal retention of national defence information at Mar-a-Lago and into the potential obstruction of that probe.

The investigation hit a roadblock last week when US District Judge Aileen Cannon granted the Trump team’s request for the appointment of an independent arbiter, also known as a special master, to review the seized records and prohibited for now the department from examining the documents for investigative purposes.

But Trump’s lawyers said in their own motion on Monday that Cannon should not permit the FBI to resume its review of classified records.

“In opposing any neutral review of the seized materials, the government seeks to block a reasonable first step towards restoring order from chaos and increasing public confidence in the integrity of the process,” the lawyers wrote.

In its filing on Monday, the Trump team again voiced a broad view of presidential power, asserting that a president has an “unfettered right of access” to his presidential records and absolute authority to declassify any information without the “approval of bureaucratic components of the executive branch” — though it did not say, as Trump has maintained, that he had actually declassified them.

The Justice Department has said Trump, as former commander-in-chief, had no right to hold on to the presidential documents. And the criminal statutes that the department has used as the basis of its investigation, including one criminalising the willful retention of national defence information, do not actually require that the records be classified.

In any event, the Justice Department says more than 100 documents with classification markings were found in last month’s search. It has made public a photograph that agents took inside Mar-a-Lago depicting folders of records marked as classified.