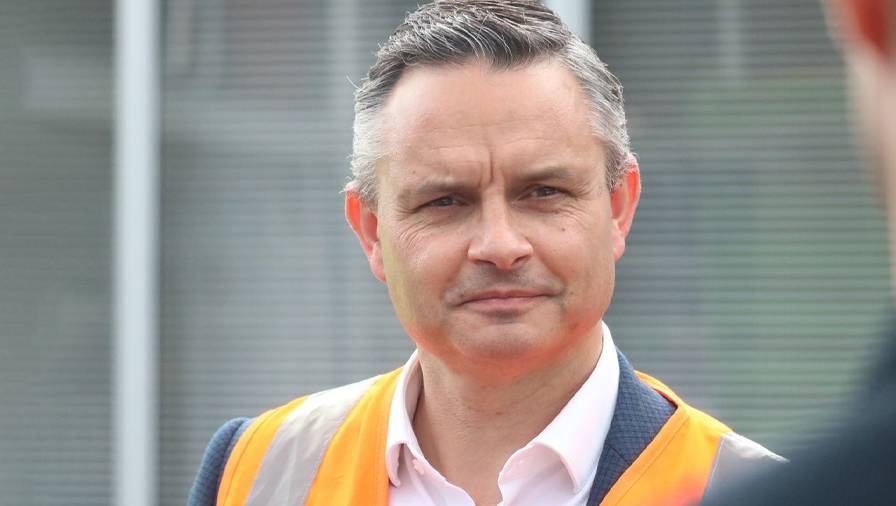 The week James Shaw’s co-leadership of the Green Party was challenged, more significant announcements were made about climate change.

The Climate Change Commission released its advice to the Government about toughening up the Emissions Trading Scheme by increasing unit prices and putting a limit on the number of units that should be auctioned. Both would have the effect of putting more pressure on high-emissions businesses to switch to lower-emissions activities.

At the same time, the External Reporting Board releases its final discussion document on the rules for large financial entities and listed companies over how they disclose climate-related risks. Again, once that regime comes into place – companies will have to start reporting in 2024 – it is likely to direct more investment into low-emissions activities.

Both the commission and the XRB also clearly spelled out their concerns about the use of forestry offsets. In both cases, they are pushing for changes that would encourage polluters to cut gross emissions rather than simply offset their emissions by planting trees.

Yet for the Green Party last week, the focus was all on Shaw’s co-leadership and apparent lack of success in making transformational change on climate action.

Despite that concern, though, there is still uncertainty as to whether Shaw will actually face a challenge for the job he lost at the Greens’ AGM when about 30% of delegates voted to reopen nominations rather than confirm him as co-leader.

James Shaw is standing again as Green Party co-leader after being ousted at the party’s AGM.

Two possible candidates – Auckland Central MP Chlöe Swarbrick and list MP Dr Elizabeth Kerekere – ruled themselves out of challenging Shaw but another list MP, Teanau Tuiono, held a tortuous news conference in which he neither committed to standing or to not standing. Tuiono said he was going to continue communicating with party members and reflect on that before making a decision.

He also seemed to suggest he might want to renegotiate the Greens’ cooperation agreement with Labour. It will not happen.

Nominations close this Thursday so it should be clear then whether Tuiono or anyone else will challenge Shaw.

And if they don’t? Well, it is no sure thing that Shaw will then become co-leader. Under the Greens’ constitution, if he is the only candidate, the party must hold another vote – just as it did at the AGM – to confirm him as co-leader or reopen nominations.

Shaw has done his best to ensure he is re-elected, telling party members in a Facebook post he takes their concerns seriously and that he wanted to learn from this and be a better co-leader and minister.

But he also hinted that there was a level of nastiness in the latest leadership challenge, saying he intended talking to the party co-convenors about putting in place a process for grievances to be aired and reconciliation found.

“Despite our commitment to non-violent conflict resolution and appropriate decision-making, there are times when we don’t live up to that standard. I’ve always found that painful and I’d like to do something about it,” he wrote.

NBR presenter Grant Walker believes the episode has done little to boost the Greens’ popularity but if it can resolve the impasse sooner rather than later, it should not have a lasting effect on its popularity. The one thing Green strategists will be hoping is that concerns about Shaw’s co-leadership are not raised again a year from now, just months out from the next general election.

Pressure on the Reserve Bank

Another organisation facing pressure is the Reserve Bank. A New Zealand Initiative report last week – co-authored by former Reserve Bank governor Graeme Wheeler – was scathing about loose monetary policy and the use of quantitative easing by central banks around the world, including the bank here, to deal with the economic impacts of the Covid-19 pandemic.

Wheeler says loose monetary policy is largely responsible for the high rate of inflation New Zealand and many other Western countries confront.

The National Party is calling for an independent review of the bank’s conduct and the Green Party has been calling for a select committee review for months. Both have been rejected but the issue will likely be raised again this week.

The bank is conducting its own review but National, Act, and the Greens say that is not good enough.

Much of National’s criticism is focused on Reserve Bank governor Adrian Orr. It says the bank’s board should conduct an independent review before it considers whether to extend Orr’s contract next March or nominate another candidate for the job.

As for Orr, he has released a statement saying he acknowledged the bank’s actions had influenced the outcome on inflation, which was now at 7.3%.

He said a review of monetary policy would look at the decisions taken at various times based on the information available at the time, relative to other central banks, and relative to the likely alternative economic outcome if those decisions had not been taken.

There is always plenty of interest in the bank’s monetary policy decisions but the political heat around the issue will likely intensify the scrutiny of the bank when it releases its next Monetary Policy Statement on August 17.

National Party leader Christopher Luxon has also faced a little pressure over a Facebook post which implied he was in Te Puke when in fact he was on holiday with his family in Hawaii.

It was a minor cock-up but one that had the potential to divert attention away from National’s campaign on the cost-of-living crisis.

It prompted one of the few times Luxon has faced a difficult news conference, with television stations particularly keen to focus on the faux pas. While Luxon acknowledged the mistake he looked awkward and uncomfortable in the face of hostile questioning. But as the election gets ever nearer, those sorts of media interactions will become more, not less, common.

It increases the responsibility on his support team, including those responsible for his social media, not to make unnecessary mistakes that leave him open to that sort of scrutiny. But he too needs to be better prepared for those difficult interviews and media conferences that are inevitable over the next 12 months or so.

Opposition parties are also upset by the Government’s move to push through electoral finance changes that will require donations above $5000 to be declared, increasing from the current threshold of $15,000.

Act Party leader David Seymour says many donors will either not donate or reduce their donations to below $5000 so that they can remain anonymous.

Seymour says National and Act, who received many more such donations in 2020, will be worst affected and it is an effort by the Government to screw the scrum in favour of Labour and the Greens.

But Justice Minister Kiritapu Allan is adamant it is about providing more transparency about political parties’ funding and finances.

There will be plenty more debate to come with National and Act continuing to oppose the legislation.

Friends for a day or two

Meanwhile, partisan politics will be put aside for today and tomorrow as Prime Minister Jacinda Ardern, Luxon, Seymour, and other party representatives are in Samoa to commemorate the 60th anniversary of the signing of the Treaty of Friendship between Samoa and New Zealand. In 1962, Samoa became the first Pacific nation to achieve independence after 50 years under New Zealand’s administration.

When the politicians return to Parliament on Wednesday, though, friendship will be put to one side and it will be politics as usual.