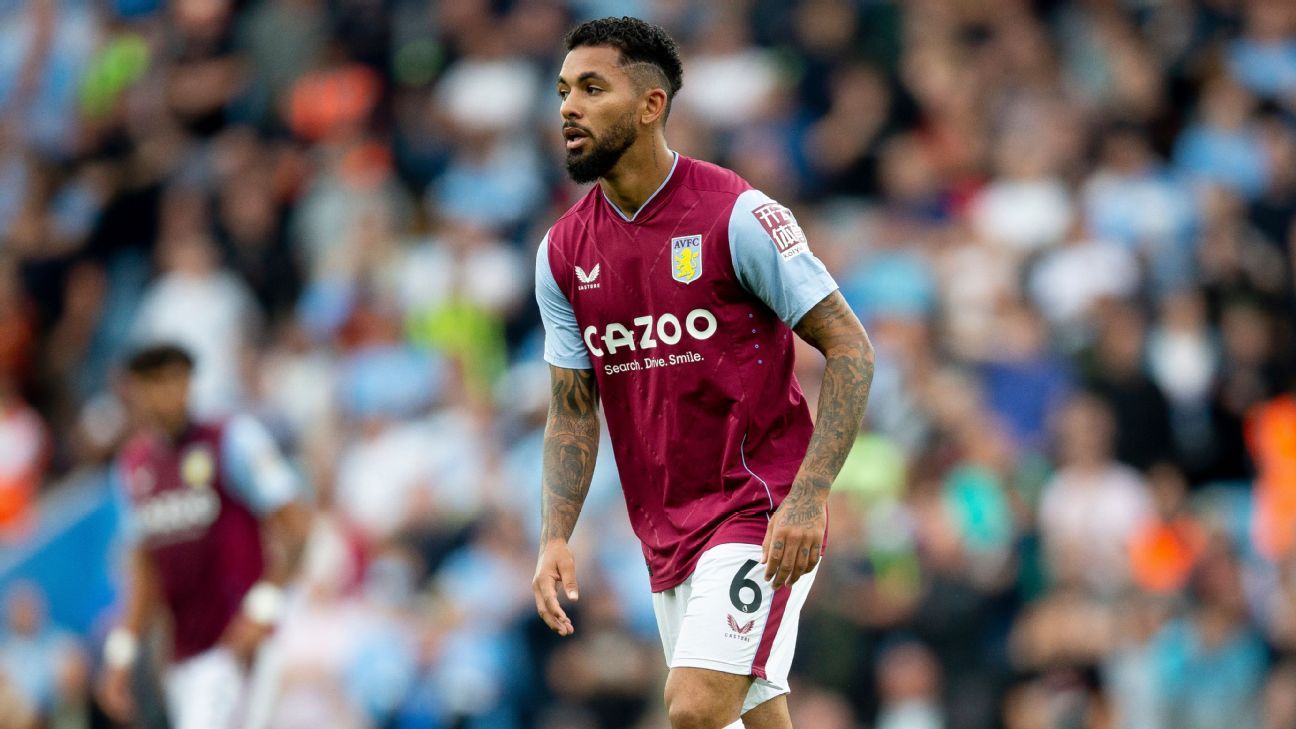 It’s safe to say Liverpool have endured a tough start to the season — sitting seventh in the Premier League and having lost their Champions League opener — and one area of Jurgen Klopp’s squad that has been put under scrutiny is the midfield.

Calciomercato is now reporting that the Reds are looking to bring in someone fresh to strengthen the side in the middle of the park, with the man they want none other than Aston Villa‘s Douglas Luiz.

The Brazilian has received plenty of interest, especially from Italy, with AS Roma, AC Milan and Juventus all looking at the 24-year-old.

Juve have been the most heavily linked of the trio, with Luiz being touted as a possible summer signing before Bianconeri signed Leandro Paredes on loan from Paris Saint-Germain.

The report claims that a deal for Luiz would see Alex Oxlade-Chamberlain, of whom former Liverpool midfielder and current Villa boss Steven Gerrard is a fan, go the other way as part of a swap.

– Manchester United stars believe Cristiano Ronaldo still wants to leave Old Trafford and has his eye on a January exit, claims The Sun. The likes of Chelsea, Bayern Munich, Borussia Dortmund, Atletico Madrid and PSG all turned down the chance to sign Ronaldo in the summer, while the Portugal international dismissed a switch to Saudi Arabia.

– Robin Gosens has been unable to convince Internazionale bosses on the left flank, which Calciomercato indicate could lead the Italian giants to move for Benfica‘s Alex Grimaldo. The Spaniard’s contract ends in the summer of 2023, so they could even be able to sign him as a free agent.

– Chelsea remain interested in Dinamo Moscow attacking midfielder Arsen Zakharyan and have formulated a plan to pursue him in the coming months, writes Fabrizio Romano, who adds that the Blues see him as a talent for the present and future. While personal terms were fully agreed in August, the two clubs were unable to come to the same conclusion in their negotiations.

– Calciomercato has suggested that the only reason Roma full-back Matias Vina was unable to complete his proposed summer move to Galatasaray was time. With the Uruguayan having been given the green light to depart for Turkey, the report says that the two clubs have agreed to revisit the deal and finalise the details when January arrives.

– Billy Gilmour has played only one minute for Brighton & Hove Albion, but The Sun claims that Graham Potter leaving the Seagulls to lead Chelsea has already put the midfielder in limbo. The Scotsman is said to have joined Brighton from the Blues only so that he could play under Potter, and he will now have wait to see who takes over at the Amex Stadium.