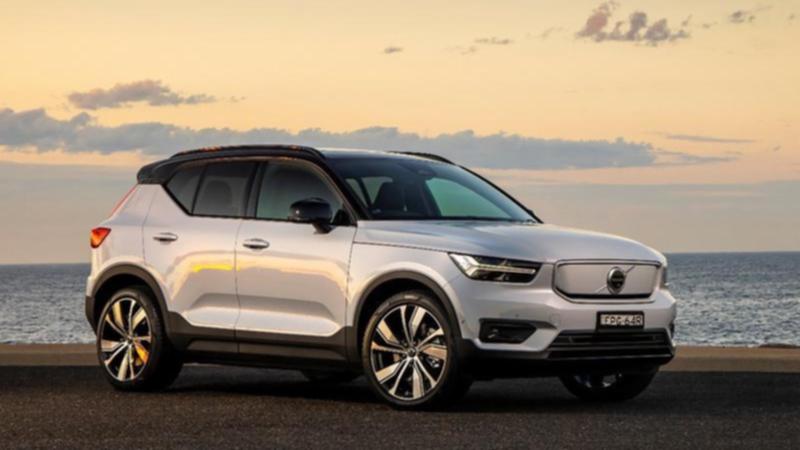 Take a very good car and make it better.

Swedish marque Volvo certainly thinks so, having embraced the theory head-on in the shape of its first fully electric model, the XC40 Pure Electric.

Two words in its name reveal most of what’s needed to know about Volvo’s latest, cleanest and greenest model.

This sweet little Swede has gone completely emissions free in its latest iteration, taking energy from the plug rather than the bowser.

It’s also quicker, quieter and massively more powerful than the all-conquering, petrol-or-hybrid powered model that has been one of the big success stories of the premium compact SUV segment in recent years.

It’s an important market segment – often winning over first-time European brand buyers – and one where the XC40’s sharp styling, refined road manners and classy finishes have been much admired.

And now, in fully electric mode, it’s something else. A weapon. Seriously.

The twin motor variant, tested here, brings a thunderous 300kW and 660 Newton metres, representing figures more often seen in supercar stats, and enough for this little SUV to silently scorch its way to the speed limit in less than five seconds.

Yet it does so in complete silence and without using a drop of fuel.

Little wonder Volvo is struggling to keep up with the demand, with reports the model will be difficult to get before the end of 2022.

Volvo has, up to this point, taken a bit of an each-way bet on the EV revolution. On one hand, they’ve promised that every Volvo model will have an electric variant by mid-decade.

Their first Australian model, the Polestar 2 (yes, imaginative) made a seriously good impression.

Technically it’s not a Volvo, but is still pretty darned close. Its running gear is identical to that found in this XC40.

The Polestar moniker has been stolen from Volvo’s high-performance arm that produced hotted-up S60 sedans that, for a couple of years, competed with some success in Australia’s V8 Supercars series.

Volvo was, of course, one of the trailblazers of the SUV revolution. Their original XC70, launched almost two decades ago, was one of the very first vehicles to blend car-like comfort with all-wheel drive capability.

That SUV fleet has grown steadily over the years to include a flagship XC90 and the mid-sized XC60, now into its very impressive second generation.

The family was completed with the arrival of the funky and affordable XC40 about three years ago. It brings all of that Swedish innovation and design style to a broader, younger audience.

There was a time when “youthful” was the least likely description for a Volvo driver – stereotyped as hat-wearing, slow-driving safety freaks.

Volvos remain as famously safe as ever, but their typical drivers are no longer old men in cardigans and hats. And the XC40 has much to do with that.

In this Pure Electric form, a $76,990 price tag looks a bit steep, but in actual fact it’s not so bad. Yes, it’s about $15k more expensive than the entry-level offering of its stablemate, the Polestar 2, but that’s a bare-bones version missing many of the features found in the XC40.

Volvo is betting that this full-spec strategy will help mask the price premium borne by all EVs.

By that comparison, the price starts to make more sense.

It wants for nothing, is beautifully, minimally presented inside and out and is massively fun to drive.

The only thing missing was a head-up display which, in a car that accelerates like crazy and makes absolutely no sound while doing so – should really be compulsory for the sake of licence retention.

Still, that is partly solved by the 10.25-inch video screen that displays instruments, including a big, vivid digital speedo, as well as superb graphics to display the satellite navigation and other drive information.

Despite being halfway through its model life, the XC40 remains contemporary, fresh and attractive. The only blemish on its beautiful, timeless styling is the grille block-out panel on the EV (no ventilation is needed when there’s no engine). With its squared-off shape and Volvo’s circular logo, it looks like the crisper drawer from a refrigerator.

Hardly a deal-breaker, though.

Range anxiety is not a problem, with more than 400km between recharges.

* HOW BIG? It’s officially a compact premium SUV but it feels roomier than most of its rivals.

* HOW FAST? Exceptionally. With 300kW on tap it’s a wolf in sheep’s clothing.

* HOW THIRSTY? No thirst, and it delivers an impressive range of about 420km between charges.