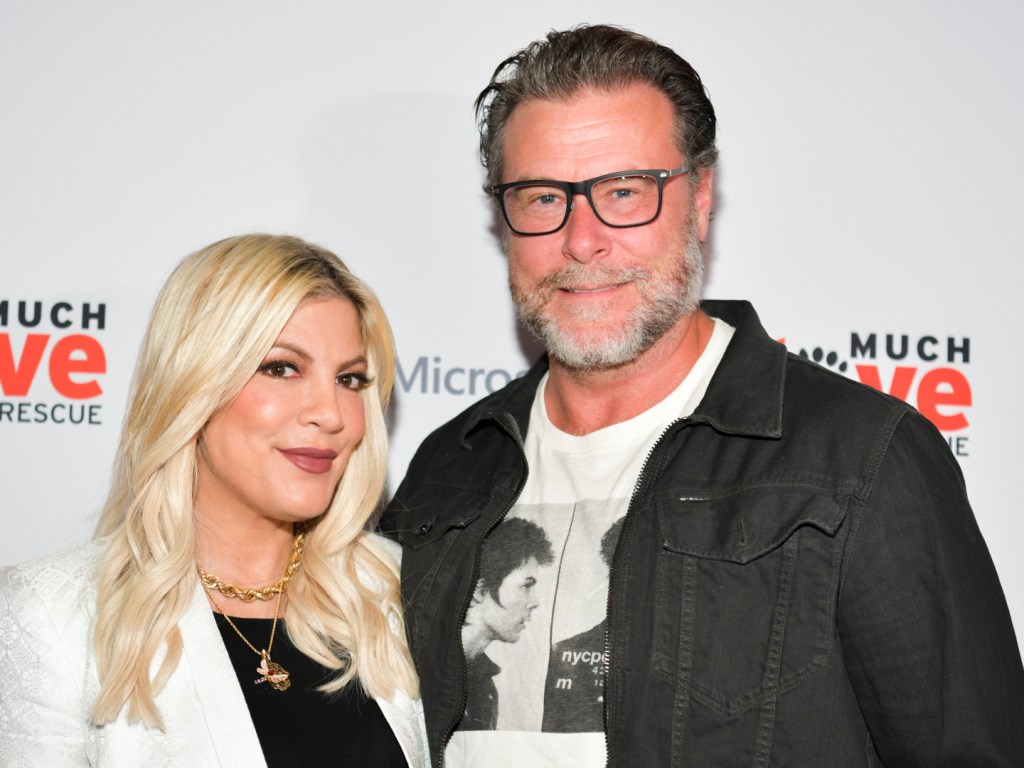 There’s been a lot of chatter surrounding Tori Spelling and Dean McDermott’s marriage, but they haven’t come out and discussed it. However, there might be some good news on the horizon for the family of seven, including Liam, 15, Stella, 14, Hattie, 10, Finn, 9, and Beau, 5, as the couple is reportedly working through their differences.

The last reports had the duo separated but putting the divorce on hold due to financial constraints. Now, a Hollywood Life source is sharing that McDermott has been “working on himself so much in hopes to save his marriage.” The insiders added, “His efforts are not going unnoticed. Tori is the love of his life, and he knows where he was falling short in their marriage.” Besides the infidelity issue that plagued them almost a decade ago, the 55-year-old actor “has really stepped up his game when it comes to working and providing for his family” in hopes of improving their overall financial picture.

McDermott has been away on set in Canada shooting several projects and it’s apparently given him “time to reflect on what he needed to do to save his family.” The source is definitely spilling the details from McDermott’s side of the story — fans have not heard how Spelling feels about this situation so far. The public has only seen the former 90210 star being photographed outside of a divorce lawyer’s office or excluding her estranged husband from their annual Christmas card.

It’s hard to know where the couple will land after so many tumultuous years, but if McDermott is making some much-needed changes for their family, it will only be a better situation for their five kids in the long run.