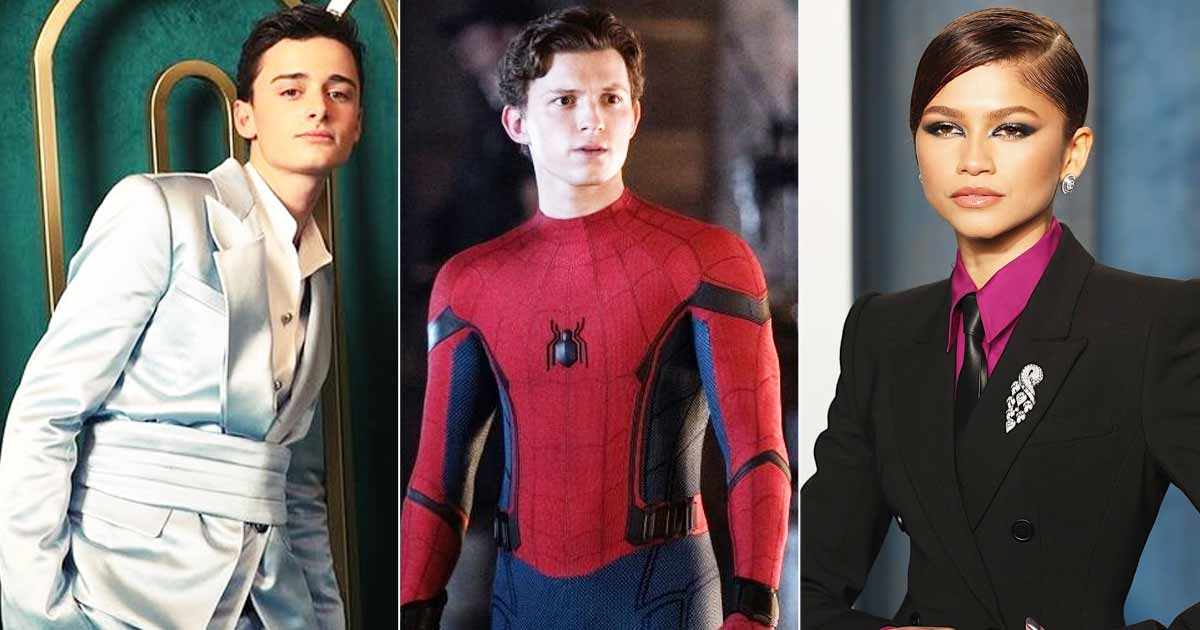 Stranger Things star Noah Schnapp aka Will Byers, once said that he wanted to replace Tom Holland as Spider-Man so that he could be with Zendaya. The fourth instalment of Netflix’s hit series premiered recently, and it is said to be the darkest season of all time.

The first episode came out a few days ago, and it has received nothing but positive words from fans. While all the actors, including Noah, are being praised for their spectacular performances, it is Sadie Sink, aka Max, who is receiving the most attention for stealing the show.

Amongst all of this, we travel back in time when Noah Schnapp once expressed his interest in replacing Tom Holland as Spider-Man so that he could be with Zendaya. The Stranger Things star has confessed his crush on the Euphoria star previously. Another thing he also loves is the Marvel superhero.

While sharing his interest in putting on the Spidey suit with Build, Noah Schnapp said, “We got to get rid of whoever is in it now.” Just after that, he realised it was Tom Holland who is playing Spider-Man. “No, but I love Tom Holland. Just once he gets older. I love Tom Holland,” the Stranger Things star added. Noah went on to mention his crush Daya, who plays MJ in the MCU film.

“And Zendaya’s in it, and I love Zendaya. It’s like the perfect [opportunity],” Schnapp said. “Tom Holland can be like the other Spider-Man.” Once before, the actor expressed his emotions toward the Dune actress at the 2018 MTV Movie and TV Awards.

Noah Schnapp called Zen pretty and said that he loves her. Though Schnapp may not be the next Spider-Man, fans can enjoy his performance in Stranger Things 4 streaming on Netflix.