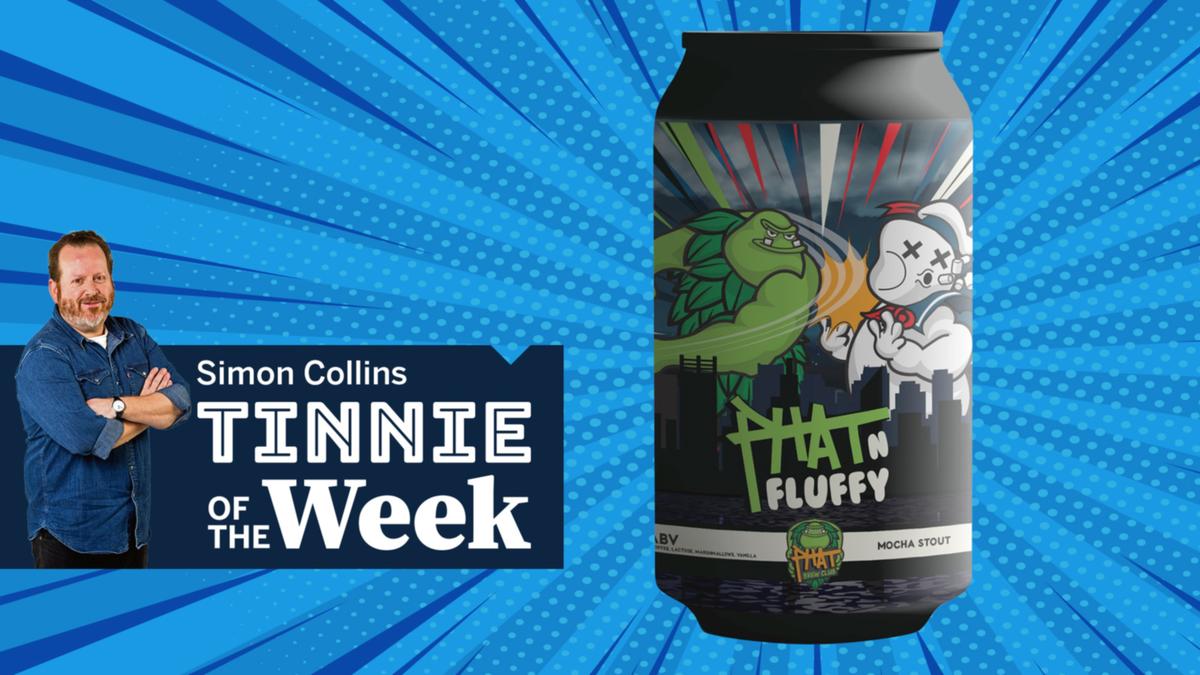 Our resident beer writer (best job in the world, right?!) has sipped his way through everything from Emu Export to Barrel-Aged Imperial Porters.

Trying out this week’s sip, Simon Collins gives his verdict on the Tinnie of the Week and whether it’s worth cracking one with a mate.

The Phat boys have plans to open their own permanent 400-capacity clubhouse at City West later this year.

They’re having phun, sorry, fun with beer, and it shows.

WHAT’S SO SPECIAL ABOUT IT?

In brewing, like most gigs, timing is everything. So when Will Smith slapped Chris Rock at Academy Awards, Phat Brew Club couldn’t believe their luck.

You see, the can art for their Phat n Fluffy mocha stout featured brewery mascot Phitzy slapping the living marshmallows out of Stay Phuff.

Team Phat insist the can labels were printed before the Oscars, meaning that the Fresh Prince must’ve decided to do a little something for WA independent brewing.

That aside, Phat n Fluffy used a hefty 25kg of marshmallows without making their mocha stout too sweet.

PBC have knocked out a 6.3 per cent roasty dark beer offering enough caramel, chocolate and coffee flavours to earn at least a nomination for best stout I had over Easter.

If they win, I trust Stay Phuff won’t make too many jokes about Phitzy’s missus.

Perhaps if you need to patch up some differences with a mate after an on-stage spat, or are just feeling generous, yeah, pour it into two glasses.

But this is a lovely stout that doesn’t overstay its welcome with cloying sweetness. Unlike Will Smith.

Stout lovers will need to slap down $8 for a single tin or around $30 a four-pack.