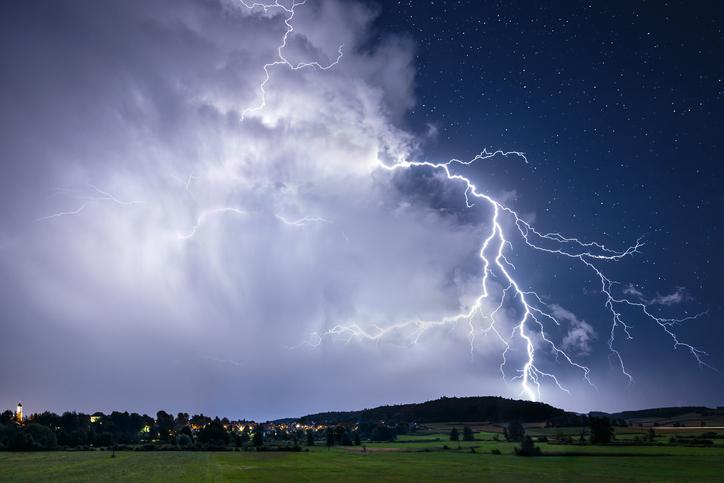 Forecasters are warning that swathes of the country could be hit by thunderstorms today, accompanied by heavy rain, hail and strong wind.

Unsettled weather is forecast across the country this week, with a strong and unstable westerly flow bringing bands of rain to many regions, and more snow to parts of the South.

There is a moderate risk of thunderstorms from the west of the Tasman District to Fiordland including the adjacent Southern Alps, the MetService says.

There is also a moderate risk of thunderstorms for North Otago and eastern parts of Canterbury during the afternoon and evening as a southerly wind change moves northwards, with a lower thunderstorm risk for inland parts of Otago, Canterbury and the Kaikōura Coast.

Some aro mātao (cold fronts) move up Aotearoa/New Zealand today bringing some ua (🌧 rain) to much of the country, and possibly hukātara (hail), rautupu (🌩 thunderstorms) and hukarere (❄ snow) too.https://t.co/Yjbq0jgaoz pic.twitter.com/EDYKbHDqVr

MetService meteorologist Alwyn Bakker said this was due to a trough of low pressure that moved eastward over the country yesterday and would continue today, bringing showery conditions in its wake.

It will also bring cold temperatures as it makes its way over the higher level of the South Island.

“The cooling effect will be less noticeable at ground level, but the resulting atmospheric instability makes thunderstorms more likely, and snow is expected to 300-400m in the south on Tuesday,” Bakker said.

As the week progresses, frosty conditions will continue to put a damper on spring for southern and central parts of the North Island, dusting Mount Taranaki and parts of the central plateau with a layer of snow.

The atmosphere will be pretty unstable tomorrow, especially over Te Waipounamu/South Island.

Westland, Fiordland, and the coast of Southland have a high risk of thunderstorms in the morning ⛈

There is a risk of thunderstorms today for northern parts of the North Island, however, that risk will diminish by the end of the day.

“Any thunderstorms that occur will bring brief heavy rain, small hail, and squally wind gusts of 80-90km/h,” the MetService reported.

Taranaki, Waitomo and Taumarunui may also see thunderstorms during the afternoon. potentially continuing into the night.