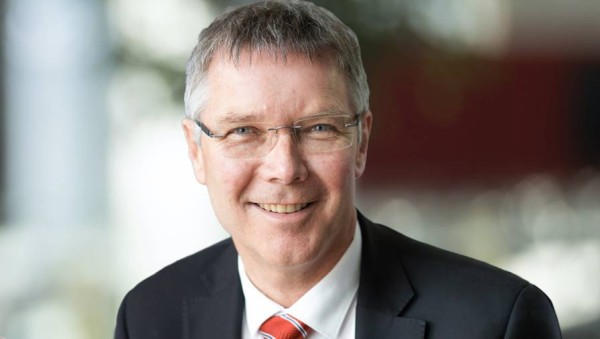 The Government’s backflip on a proposal to add GST to KiwiSaver and managed fund fees less than 24 hours after they were tabled was a disaster and Labour just needed to admit it was wrong in the backpedalling, political commentator Bryce Edwards says.

On Tuesday, it emerged that a proposal to add GST could collect $225 million a year and reduce investors’ balances by more than $180 billion by 2070, after the Taxation (Annual Rates for 2022-23, Platform Economy and Remedial Matters) Bill was introduced to Parliament by Revenue Minister David Parker.

In a briefing paper, the Inland Revenue Department proposed repealing the existing GST exemption for the management of a retirement scheme and to add GST to managed fund fees, removing uncertainty and inconsistent treatment by fund managers.

The paper noted that modelling by the Financial Markets Authority showed introducing GST would lead to KiwiSaver fund balances reducing by $103b by 2070, at which time total balances would be $2.2 trillion.

Non-Kiwisaver fund balances, by that stage at $1.75 trillion, would be lower by $83b.

“It is assumed this cost will largely flow through to retail investors in the form of higher fees,” the paper said. “If investor fees increased, this will reduce after-fee returns and therefore the total amounts that are reinvested and saved over time.”

Less than a day later, however, Parker announced the Government would not proceed with the proposal.

Parker said that IRD and Treasury had advised the change be made to remove a loophole used by large financial companies, and that the move would have brought New Zealand fund managers more into line with the approach in Australia.

Consultation had seen large companies opposed to the change while smaller companies were more supportive, but since the announcement it had “become clear that smaller providers now oppose it too”, Parker said.

“New Zealanders’ KiwiSaver contributions and balances were not going to be taxed under this legislation. However, it is clear from the reaction to this proposal that it has caused concern for Kiwis.”

Tax experts spoken to by NBR, however, said the status quo was a mess and that there was no stronger argument to exempt KiwiSaver fees than there was for exempting GST on fresh fruit.

Edwards labelled the response to the proposal, which was uncovered by the media and not front-footed by any Government press release, a “disaster” for Labour.

“Politicians should go against the popular opinion where they do care about something and they think it’s the right policy, regardless of some of those costs,” he said.

“But in this case, it was very clear that there wasn’t a lot of upside to this. I don’t think they were going to receive a lot of votes on the basis of, ‘Yay, they put in a tax on KiwiSaver’.”

NBR presenter Grant Walker questioned Prime Minister Jacinda Ardern’s response, which was that they thought they were fixing the system.

“We’ve seen so much spin trying to get Labour out of this, I think they haven’t done it very gracefully,” Edwards said. “And it’s made the problem worse… it would have been better if they had just said, ‘We were wrong on this. We’ve made a mistake’.”

Walker wondered how naughty giving the company a bit of a freebie on social media was, or whether the issue had been overblown.

Edwards said it was naughty, though, and right for the PM to reinforce what ministerial standards were.

“They have been slipping over recent years, not just under this government, but previous ones,” Edwards said. “And those rules exist for a good reason where it’s a way of stopping, again, a slippery slope towards any sort of appearance of corruption, bribery, nepotism.”

“It’s chocolate, but the rule is a good one,” Edwards said. “We shouldn’t start getting into grey areas of cabinet ministers endorsing businesses.”

Finally, Edwards was looking forward next week to the outcome of National’s inquiry into allegations Tauranga MP Sam Uffindell was a bully while at university.

The recently-elected Uffindell was stood down from caucus a couple of weeks ago, with Maria Dew, QC, leading the investigation.

Edwards said the report would not be made public and National would do its best to obfuscate.

“It will exonerate Sam Uffindell to a large extent,” he said. “But there’ll be enough questions there not to allow him to have a bright future in National.”