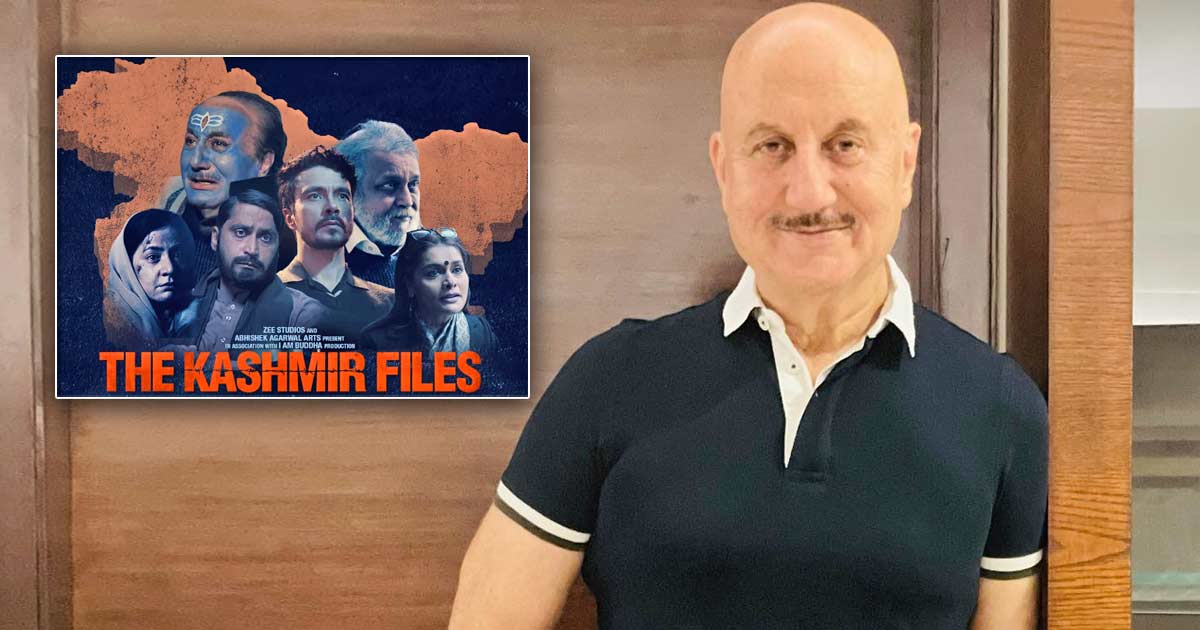 Veteran actor Anupam Kher has said that the film ‘The Kashmir Files’ is an impeccable example of how a mid-budget film with an impactive story can reach such great heights.

Talking about the film, Anupam said: “Being someone who has Kashmiri roots, this film was also instrumental in bringing back a lot – memories of cherries coming into my house through a window back in Baramulla, the pleasantness of Kheer Bhawani, Nishat Garden, and Dal Lake that I keep thinking of even after having travelled the world.”

‘The Kashmir Files’ is written and directed by Vivek Agnihotri. The film presents a fictional storyline centred around the exodus of Kashmiri Hindus in Kashmir.

“‘The Kashmir Files‘ is an impeccable example of how a mid-budget film with an impactive story can reach such great heights. For the audience, watching it was an emotional experience.

“It was instrumental in bringing out a story that deserved to be told, striking a special and lasting connection with the viewers, and to any actor that means more success than anything,” he added.

Speaking about its box office run, The Kashmir Files broke many records at the box office. Before Bhool Bhuliayaa 2, it was amongst Bollywood films to end the dry spell. The film has also been mired in a couple of controversies. The film also stars Darshaan Kumar, Mithun Chakraborty, Puneet Issar, and many others in the pivotal roles.

‘The Kashmir Files’ is set to have its world television premiere on June 25 on Zee Cinema.