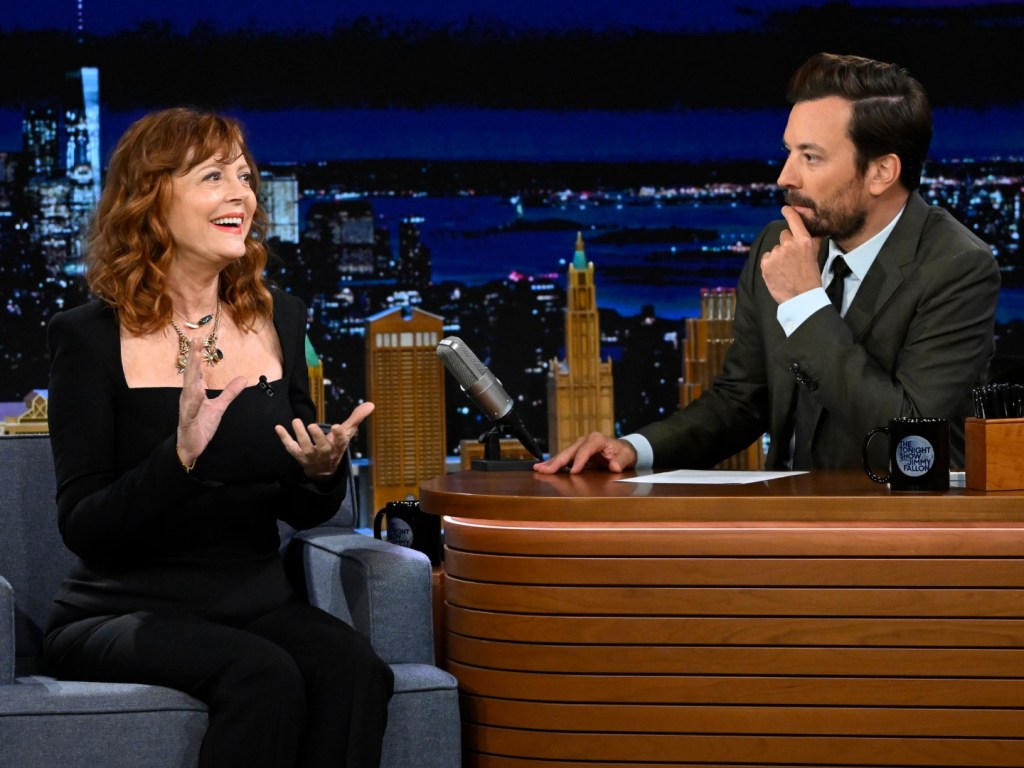 Susan Sarandon has hinted several times that she may not be strictly heterosexual, but when she appeared as a guest on The Tonight Show Starring Jimmy Fallon over the weekend, the star casually confirmed she’s bisexual in hilariously iconic fashion — and we’d expect nothing less from the Hollywood legend.

These LGBTQ Celebrities All Came Out Later in Life

As Fallon recalled the previous time Sarandon came on the show, he mentioned she’d brought her dogs with her. She reported that her “little creatures” had sadly crossed the rainbow road a year earlier, and since their passing, she told one of her sons she didn’t feel like she could get another dog. Sarandon then told Fallon her son suggested getting cats instead, followed by a hilarious, unexpected, and iconic, “And I’m bi, so…”

Fallon, hamming it up, says, “Wait, so… You mean you like dogs and cats?,” with Sarandon responding “I’m fluid. I’m very fluid when it comes to animals.”

Sarandon’s bisexuality isn’t a secret, per se — She and her former partner of 23 years, Tim Robbins, share two children together, but she told Pride Source in 2017 that her sexuality is open, saying “My sexual orientation is up for grabs, I guess you could say.” In 2021, appearing as a guest on the podcast Divorced Not Dead, she also shared she didn’t care about the gender of any prospective partners.

A few of Sarandon’s movie roles portrayed bisexual and lesbian women, such as her character Janet Weiss in The Rocky Horror Picture Show and Sarah Roberts in The Hunger. While the above comments and roles contributed to public perception of her sexual fluidity, she’s never outright labeled herself as bi before. The queer community is embracing her newfound identity with open arms, with one Twitter user writing “waking up to susan sarandon saying she’s bi with her whole chest we never f—king lose.”

Before you go, click here to see all the celebrities who have talked about being bisexual, sexually fluid, pansexual, or queer.