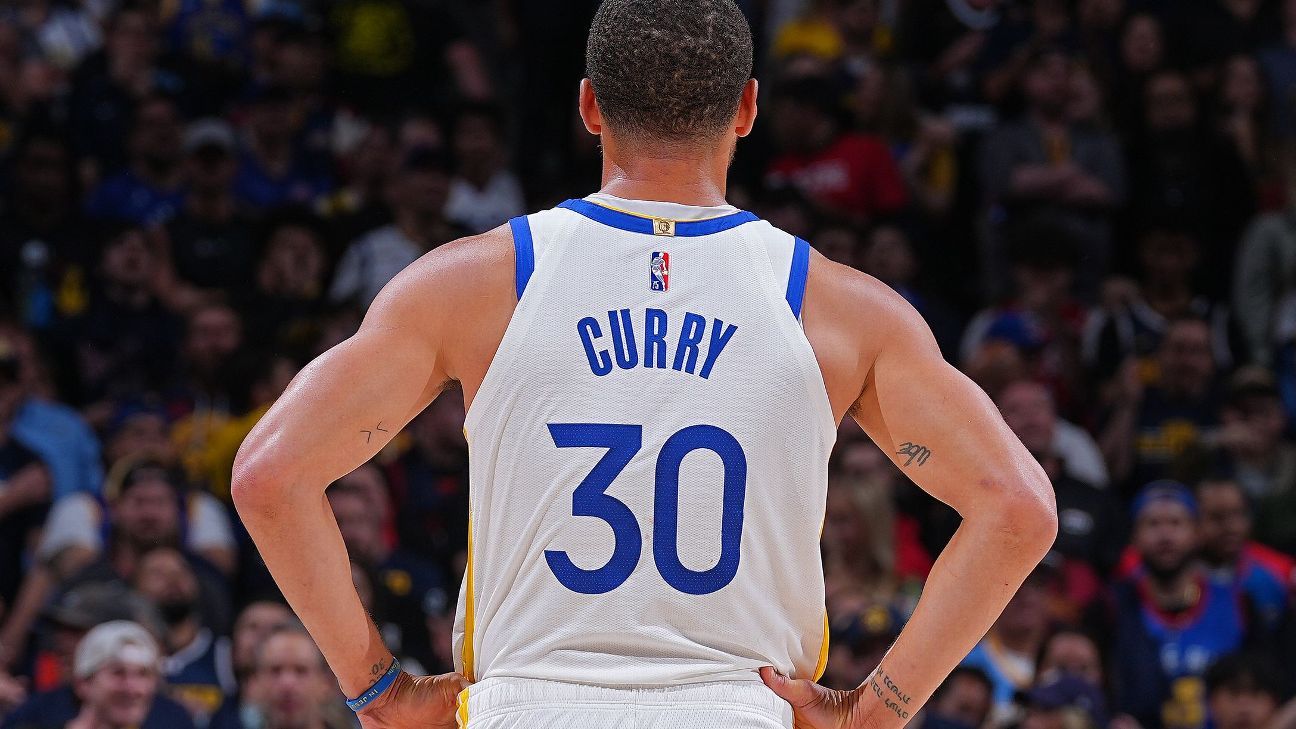 SAN FRANCISCO — Golden State Warriors superstar guard Stephen Curry was in the starting lineup Wednesday for the first time this postseason in Game 5 against the Denver Nuggets.

The move comes a day after the team announced Curry would no longer play under a minute restriction and the Warriors try and close out their first-round series against the Nuggets.

The small-ball lineup has been a momentum-shifter against the Nuggets. In Game 1 against Denver, it outscored the Nuggets by 14 points. In Game 2, it went on a 22-8 run. Through the first four games of the series, all five players in this lineup are shooting 60% from the field while playing together. Curry has led the group in scoring, putting up 41 points in the 32 minutes the group has played.

Curry has been averaging 27.5 points on 45.25 field goal shooting, including 40% from three, in 28 minutes per game off the bench.