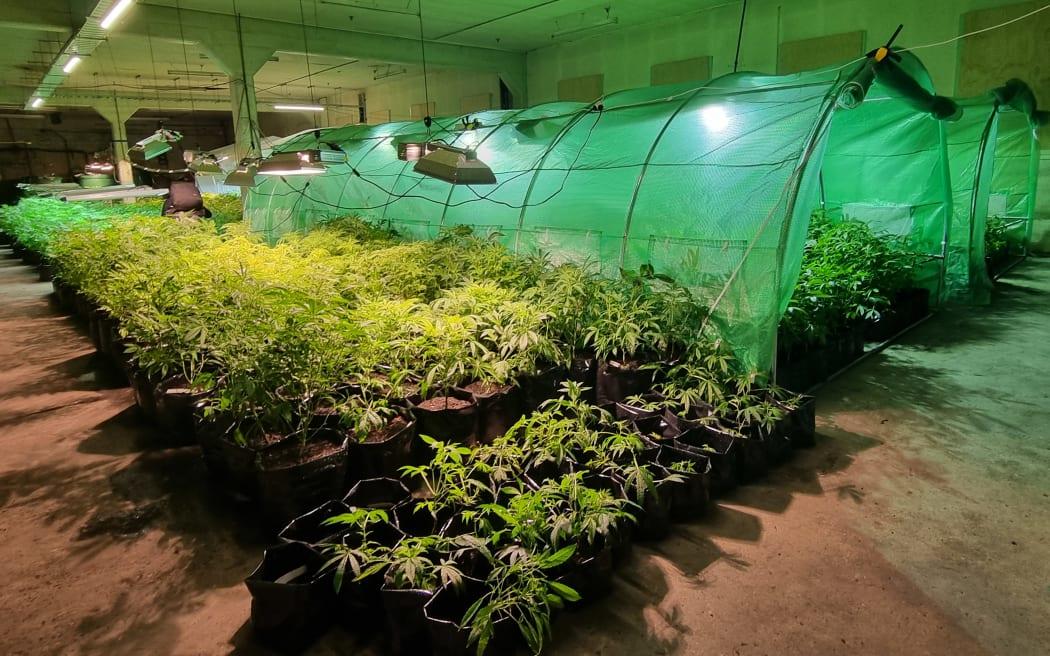 A Southland cannabis producer hopes to ease patients’ pain and ensure they’re less out of pocket with prescription pot.

Patients have raised concerns about the high cost of medicinal cannabis, and some are turning to the black market.

This morning, a group of patients visited Southern Medicinal, a cannabis growing facility in Mataura, which aimed to dramatically cut the cost of treatment.

When Cohen Brown first tried cannabis to ease his pain, he was 13, curled up in the foetal position post-surgery.

He has two forms of cancer and a genetic condition where tumours grow on his nerves and nerve endings.

It has been an uphill struggle to get a medicinal cannabis prescription, but he said it has been worth it with a better quality of life and to kick mind-numbing prescription opioids to the curb.

“I do have to stretch it out of course, and not only that, I’ve been resorting to putting stuff on credit. My medication – medicinal cannabis – on credit through the pharmacy because I just can’t afford it any other way.”

But a potential solution was on the horizon.

Beside the Mataura River, Southern Medicinal was ramping up its operations after successful cannabis farm trials.

Cohen Brown toured the cannabis growing rooms on Friday morning and was optimistic his prescription costs wouldn’t stay so high for much longer.

“It will make a huge difference for me. Not only me but thousands of patients across New Zealand.

“Unfortunately, I’ve heard a lot of stories that people have come to me on. They can’t afford it and there’s people who have had to mortgage their house just to buy it.”

He wanted to bring affordable medicinal pot to the people, and he said Southland was a great place to do that with a useful climate for growth.

To keep the costs low, he was using an existing building – converting the former Mataura paper mill into a medicinal cannabis and hemp growing, testing and processing facility.

It formerly housed toxic aluminium waste, but Greg Marshall said the site had been investigated and cleared of any contamination so they were good to go.

Walking through the cavernous, former paper mill, he outlined where different parts of the operations would go, saying that the different supplier farms were less than an hour away.

He planned to have the site running by February.

“We are going from 10,000 plants that we had in the ground last year to 50,000 plants in the ground this coming year, and we’re bringing on roughly 10,000 square metres of this factory to be able to handle that.

“Currently across the road we’ve got 2400 square metres of factory that’s in operation with genetics, processing, indoor grow and the creation of seedlings and mother plants.”

Joseph Ball has cerebral palsy and uses cannabis to manage pain and recreationally.

“You think of pain as a square with sharp edges. It now rounds those edges off, the pain is not so sharp, and I think that the blessing with cannabis as opposed to opioids is you can still feel the pain. You still know the pain is there so you’re not pushing your body to a point of reinjury.”

He would prefer to get his cannabis via prescription and hoped projects like these would help to reduce the stigma against cannabis users.

Pharmacist Steve Jo started to come across medicinal cannabis about six years ago.

“The cost of the product was really, really high. I still remember – without putting any margins on – patients were charged about $300 to $400 a bottle.”

There was now better information about medicinal cannabis for medical professionals, it was becoming more affordable – and more would use when the price dropped further, he said.

Greg Marshall was keen to eventually bring 100 farmers on board to tend 500 hectares of medicinal cannabis across Southland.

Southern Medicinal was hoping to get the “green light” to supply, with a plan to start planting in October.