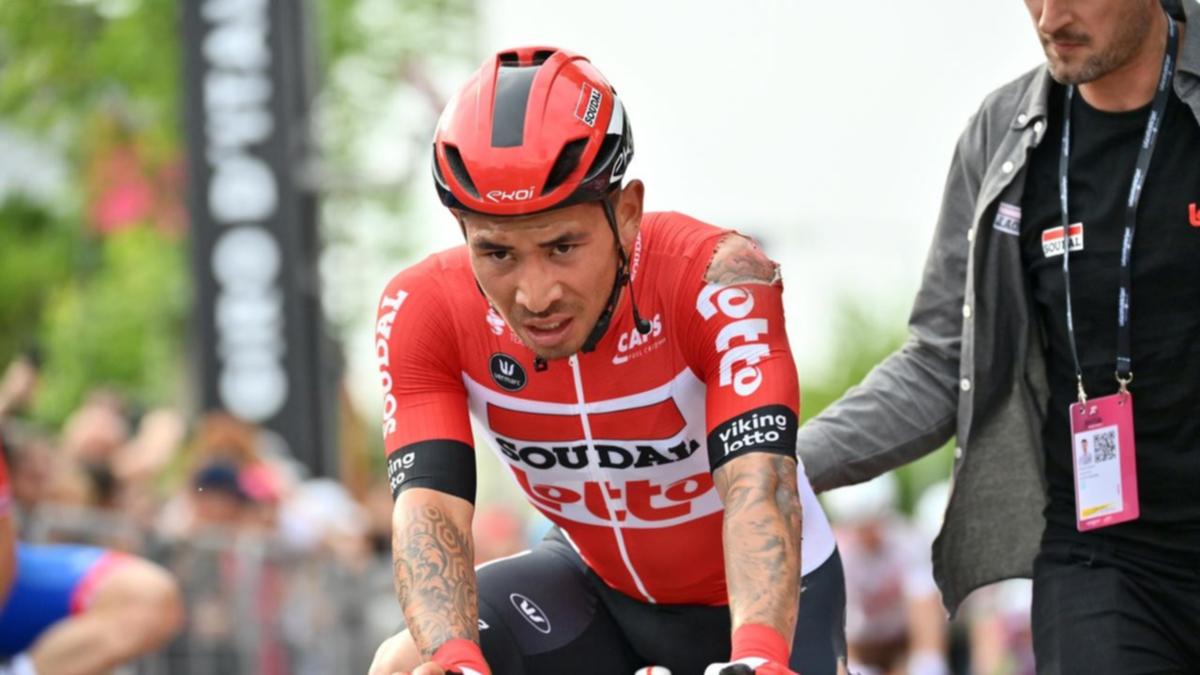 Caleb Ewan has made another telling point to Australia’s cycling selectors who omitted him from their world championship team as he clocked up an impressive road race win in France.

Ewan, on his day perhaps the world’s fastest road sprinter, has been left “heartbroken” at being left out of the team for the home-based world championships in Wollongong, 80km south of his home city of Sydney.

Yet just two weeks before the road race, he showed why his omission was so controversial on Sunday with his blistering victory for his Lotto-Soudal team in the Grand Prix de Fourmies, an historic one-day race in northern France.

It was the second fine victory for the 28-year-old in just under three weeks as he’s clearly rediscovering his best form following a luckless crash-hit year at the Giro d’Italia and Tour de France.

After his last win on the Deutschland Tour last month, Ewan posted a picture of himself on social media, while also breaking the news that he’d been left out of the Australian team.

“This one felt really good!” he wrote at the time. “Especially after the bad news that I won’t be at my home world championships this year.

“To be honest I don’t have much to say on the matter other than I’m heartbroken I won’t be there to represent my country and that I believe I deserved to be there. Anyways, sob story over.”

AusCycling admitted leaving the 11-time Grand Tour stage winner Ewan out of his home championships, which begin next Sunday, had been a difficult one.

Yet, evidently, his disappointing 2022 form, the unfavourable course set-up and fierce competition for places ultimately worked against him, despite his clear improvement this year in his climbing prowess.

And it was clear on Sunday that he’s returning to his formidable best as he outpaced a field full of top sprinters, with his late turn of speed proving too much even for runner-up Dylan Groenewegen, the key sprinter for Australian outfit Team BikeExchange-Jayco.

The race was marred by a big crash in the final kilometres of the 197.6km race, but Ewan avoided that and was quick to react to Groenewegen’s early push for home as he powered past for his seventh win of the season.

“Already early in the race, I told the guys I was on a really good day so we took the race in our hands and were amongst the teams controlling the early breakaway,” said Ewan.

“We were forced on the front of the bunch quite early but we always were in control and it’s nice to reward the guys with the team’s 25th victory of the season”.