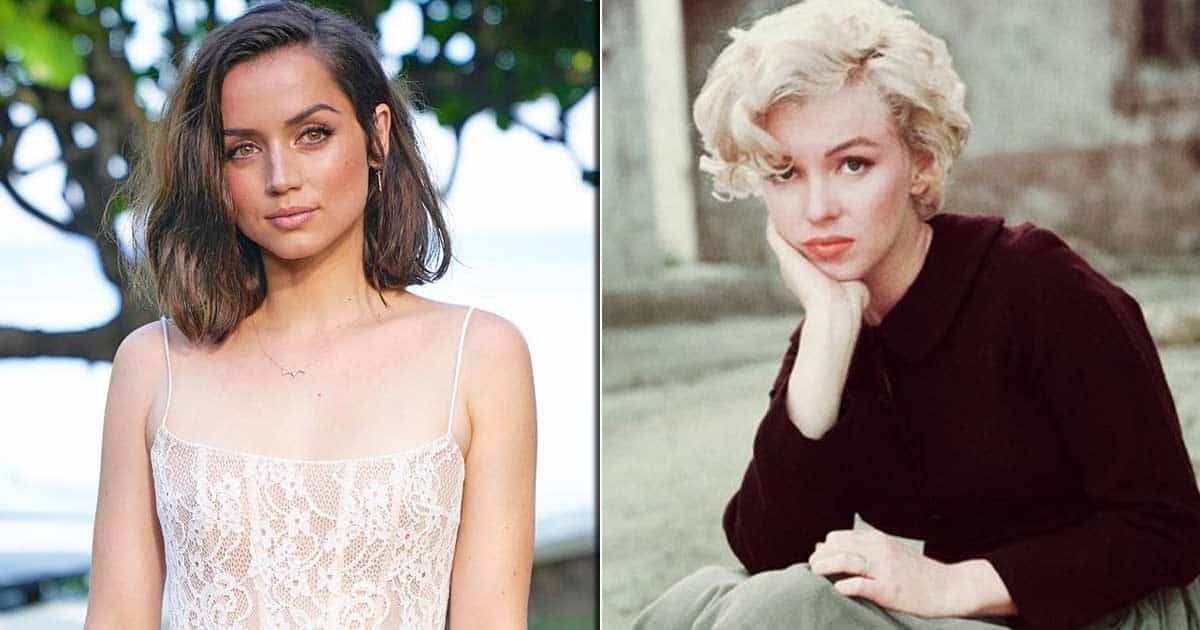 Ana de Armas feels like Marilyn Monroe was herself on the sets of her upcoming film, Blonde. De Armas is set to appear in the biopic on the Hollywood beauty. The film will be released on 16th September and recently had its premiere at the Venice Film Festival. Ana enchanted the crown in a pink gown that was an ode to Monroe’s famous The Seven Year Itch dress.

The Gray Man actress also received a 14-minute long standing ovation after the screening of her movie. Ana couldn’t hold back her tears at that moment. While talking about the film, recently de Armas revealed that she thought Marilyn had haunted the sets.

While speaking with Reuters, Ana de Armas talked about how she thought Marilyn Monroe’s ghost was present in the Blonde’s sets. “I think she was happy. She would also throw things off the wall sometimes and get mad if she didn’t like something,” the Knives Out actress said. “Maybe this sounds very mystical, but it is true. We all felt it,” Ana added.

“I truly believe that she was very close to us. She was with us,” Ana de Armas continued. Even Blonde’s director Andrew Dominik said that he felt Marilyn Monroe’s presence. “It definitely took on elements of being like a seance,” he said. Meanwhile, previously, the movie was caught amid controversy over Armas’ casting because her accent did not entirely match Monroe’s iconic tone.

People didn’t like the fact that the No Time to Die actress is playing the role. However, later the official Marilyn Monroe Estate came in to support the actress and the rest of the team over the casting choice. They said that “based on the trailer alone, it looks like Ana was a great casting choice as she captures Marilyn’s glamour, humanity, and vulnerability.”

From all the promotional gimmicks, trailers, and more, even we feel that Ana de Armas was the perfect choice for Blonde.

Must Read: Ana De Armas Pays Homage To Marilyn Monroe In A Gorgeous Pink Gown With A Plunging Neckline & A Chunky Diamond Necklace