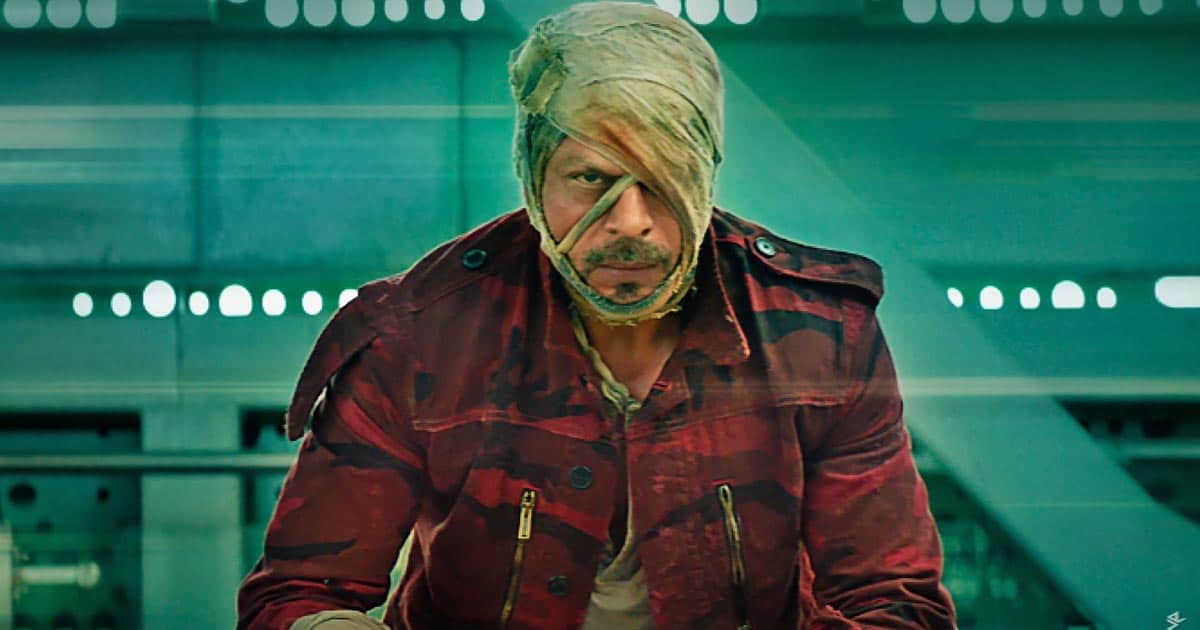 Shah Rukh Khan is planning to hit the big screens with a blast with movies like Jawan, Pathaan and many more. The actor was last seen in Zero back in 2018, and fans are super excited for King Khan to make his return. Recently his upcoming movie with director Atlee ‘Jawan’ had its teaser released in theatres, and here’s how the fans reacted to it.

SRK’s Zero was released back on 21st Dec 2018 and was directed by Aanand L. Rai. The actor was seen alongside Anushka Sharma and Katrina Kaif. Read on to know the whole scoop.

Recently, during a screening of Ek Villain Returns, Shah Rukh Khan’s Jawan had its teaser released, revealing King Khan in a new look. The actor was shown covered in bandages and fans were thrown into a frenzy. The fans present there started shouting and cheering for the movie, creating deafening applause for King Khan’s return to the big screen.

A video is going viral on the Twitter platform, where this whole scene was recorded and uploaded on the platform. The teaser showed a few shots like Shah Rukh Khan loading his gun, zipping up his bag and getting ready to travel somewhere by what appears to be a train. The voice of the excited fans made it difficult to hear what the actor said, but it could be made out that the scene was quite intense.

Check out the video and fan reactions:

Kya baat hai
Masses are going crazy on teaser of #SRK ‘s #Jawan ! The atmosphere there is historic . Imagine the craze and hype of this film in mass belts of interiors . @Atlee_dir , make sure to utilise this please. pic.twitter.com/WCAbFIJX1B

This clip of audience reacting to #Jawan Announcement Video in Malegaon Mohan Theatre is enough to give you gossebumps today.🔥

And to prove that The hype of #ShahRukhKhan in massy roles is unprecedented and unmatchable by his contemporaries.🔥
2023.👑🐐pic.twitter.com/gRsaiNXJII

Mass response for #Jawan teaser in theater!! Crowd calling him “Ae bobdyaa” (Totla), “Ae Bakri” in Marathi!! Finally The King is back & how @iamsrk 🔥🔥 pic.twitter.com/YPdVHDpA1U

Talking about the movie, Jawan sees Shah Rukh in his first ever collaboration with Atlee and will be working alongside Nayanthara in the leading roles. Apart from them, the movie will also see Sanya Malhotra and Sunil Grover in pivotal roles. The movie is set to come out on 2nd June 2023 and will be shown in Hindi, Tamil, Telugu, Malayalam & Kannada.

Meanwhile, Shah Rukh Khan will also be seen in Siddharth Anand’s Pathaan which will be released on 25th January 2023. The movie also stars Deepika Padukone, John Abraham and many others.

For more such amazing updates make sure to follow Koimoi!