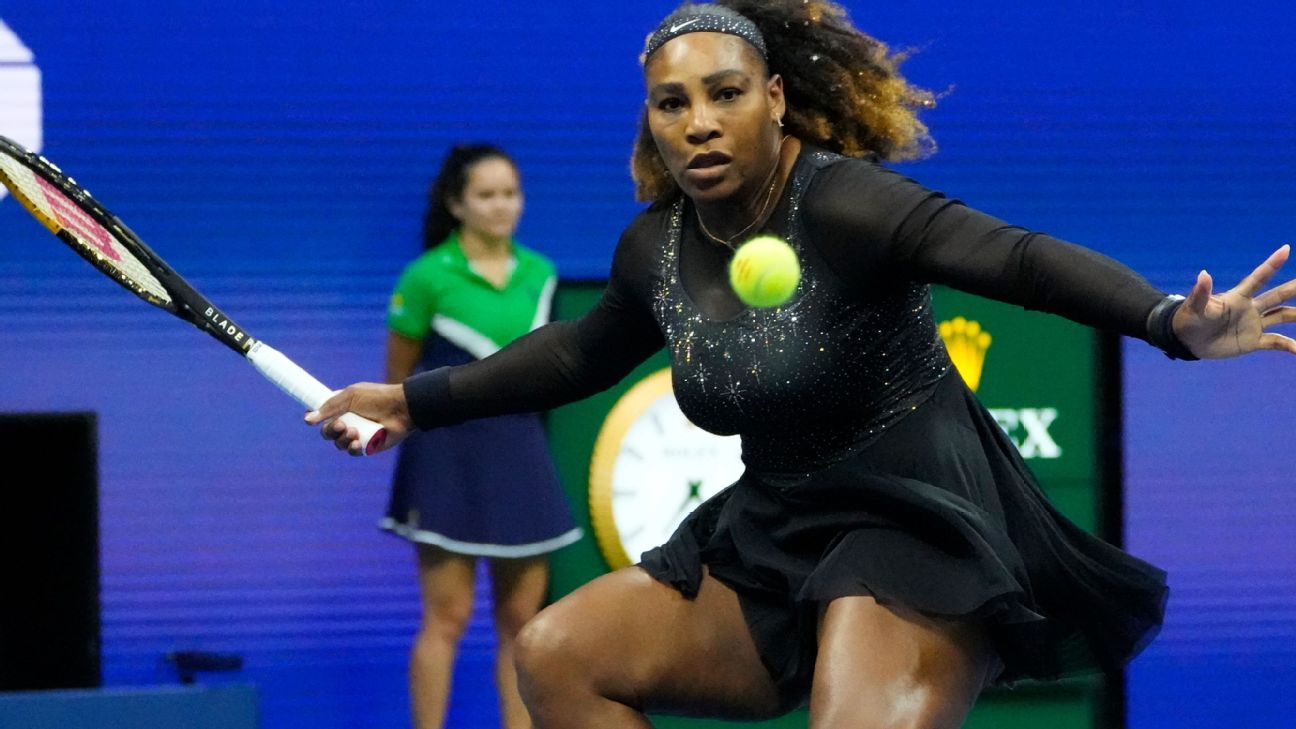 NEW YORK — Serena Williams continued what could be her final magical run through a major championship, upsetting No. 2 seed Anett Kontaveit on Wednesday night, 7-6 (7-4), 2-6, 6-2, in the second round of the US Open.

In front of another capacity crowd inside Arthur Ashe Stadium, Williams, 40, the 23-time major champion, outlasted the younger Kontaveit on a hot night in New York. Like Monday, when she pushed her way past the first round, the six-time US Open champion dug deep, relying on the power and precision that has helped to define her game for years.

“I’m a pretty good player,” Williams said in her postmatch, on-court interview. “This is what I do best. I love a challenge, and I love rising up to a challenge.”

Since Williams announced her impending plans to “evolve” from tennis in a first-person essay in Vogue earlier this month, she has been given a farewell tour of sorts, and received standing ovations at both the Canadian Open and the Western & Southern Open. This week has been no different.

Williams warmed up about 90 minutes before the match, a strategy that is not part of her normal routine but has become commonplace this week. And like Monday, there were legions of fans at the warmup court, catching a glimpse of the Open’s marquee attraction.

Williams, in fact, went out to the practice courts for a 30-minute warmup session, and while there, she crossed paths with her sister, Venus, who was wrapping up some doubles work on that same court.

As Serena left after her hitting session, crowds cheered, and she paused to wave in their direction with her right hand as she checked her cellphone in her left. That was a change from Monday, when Serena didn’t make much contact with any fans until after her straight-sets victory over Danka Kovinic.

But Kontaveit fell into the same funk that Kovinic did. The 26-year-old from Estonia came in ready to play, ready to prove her seeding, and appeared focused right from her introductory walkout, but couldn’t muster enough power to match Williams.

“After I lost the second set, I said, ‘Oh, my goodness, because this could be it’,” Williams said. “So, I just wanted to keep going, and do my best.”

On Monday, Williams overcame some early shakiness to beat Kovinic 6-3, 6-3, in front of a packed house. The crowd of more than 23,000 in the stands and thousands of others watching on a video screen outside Ashe helped break the US Open record for largest attendance at a night session.

On Wednesday, the crowd was equally as celebratory and star-laden with fans like Tiger Woods, Anna Wintour, Spike Lee and Dionne Warwick looking on, and Williams donned the same glittery crystal-encrusted top and diamond-accented sneakers — replete with solid gold shoelace tags and the word “Queen” on the right one, “Mama” on the left — that she sported Monday. Long someone whose on-court fashion has stood out from the crowd, Williams helped design the Nike combo, which was inspired by what figure skaters wear to compete.

And while there should have been a difference in skill evident in favor of Kontaveit, the odds-on favorite to win the match, that margin never really came to the fore.

“Honestly, I’m just looking at this as a bonus,” Williams said. “It’s kinda fun and I really enjoy just coming out and enjoying it.”

Williams’ daughter, Olympia, who turns 5 on Thursday, has been in New York this week for the spectacle. And now, it’s assured that she’ll get at least one more chance to watch “Mama” play.

The Associated Press contributed to this report.