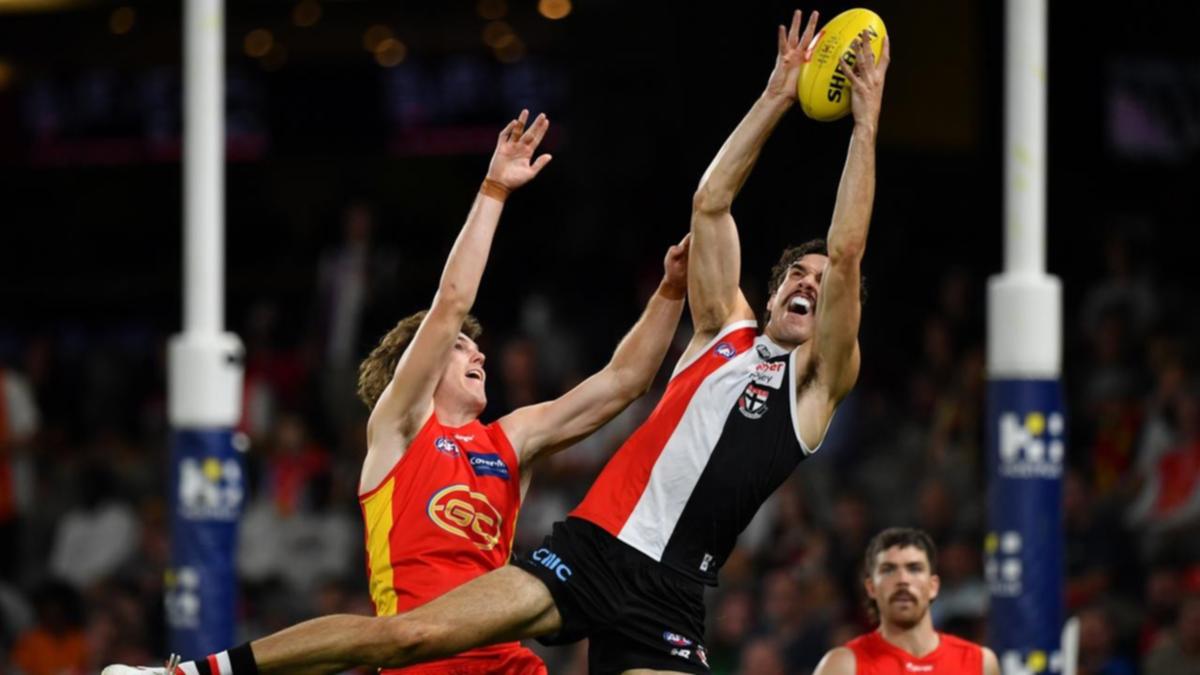 Jack Higgins kicked five goals and key forward Max King contributed three, as the Saints lost the inside-50 count 53 to 56, but were much more efficient in attack.

Lade was the latest assistant to fill in because of the league’s health and safety protocols, with senior coach Brett Ratten ruled out earlier this week.

He is the fourth stand-in coach this season to register a win.

But on Saturday, the Saints won that statistic by 17.

After an even first quarter, the Suns took a nine-point lead early in the second term with three-straight goals.

But the Saints kicked the last two goals of the half and controlled the game through the third, before kicking four goals to two in the last to seal the win.

Gold Coast’s Mabior Chol left the field in the final term with an adductor injury and teammate David Swallow hurt a hand, while Saints star Bradley Hill also was forced from the field late in the game.