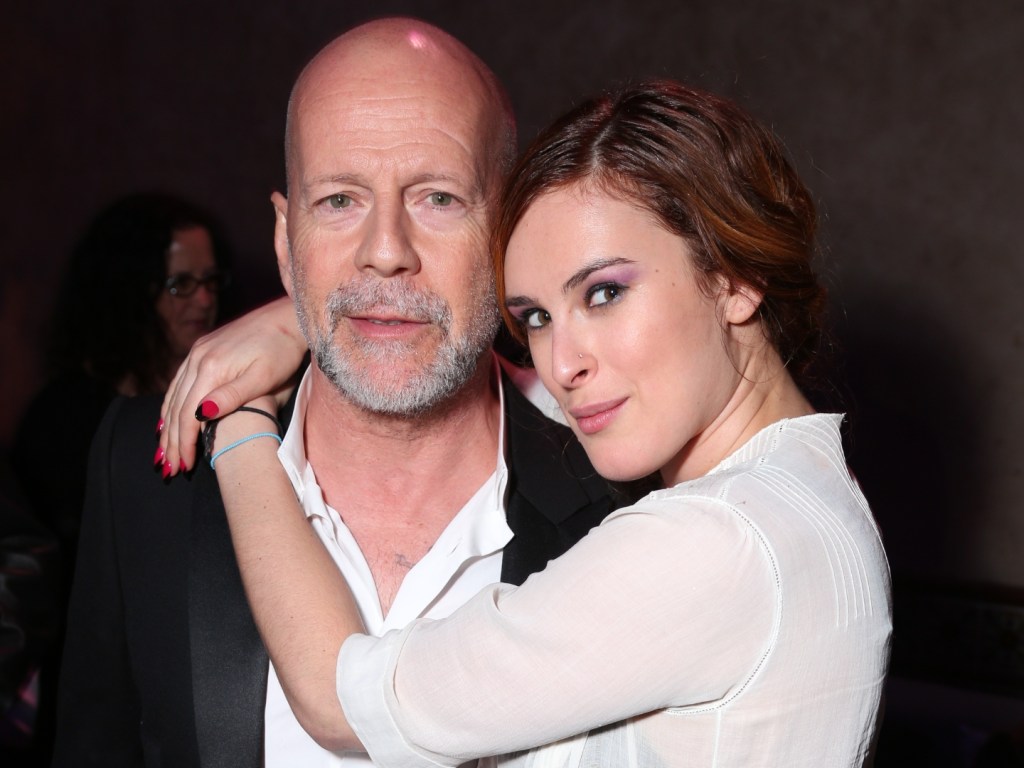 Like most of the family, Rumer Willis has been posting some loving and touching photos of her superstar dad Bruce Willis after he announced he’s stepping away from acting because of his aphasia diagnosis. On April 21, Rumer posted yet another super-sweet throwback photo on her Instagram. She posted it with the simple caption, “P A P A.”

In the heartwarming throwback, we get an intimate glimpse into Rumer and Bruce’s loving father-daughter bond. In the photo, we see Bruce in a red hat kissing the top of Rumer’s head when she was a child, wearing matching sweaters with her pa.

It seems the two have always had a good bond, dating back to Rumer’s childhood. Most notably, back in 2015, when Rumer played Roxie Hart in Chicago on Broadway, her papa was also working on Broadway at the same time.

Rumer told Page Six how it made them closer, saying, “Being on Broadway together for the first time has made us more equal in certain ways. Now we can talk about how we survive eight shows a week or what we do when we strain our voices … We now have that in common. We’re both learning it together.”

Rumer, 33, is the eldest of all of Bruce’s daughters. He has two more named Scout, 30, and Tallulah, 28, with ex-wife Demi Moore. Along with that, Bruce and his wife Emma Heming have two daughters named Mabel Ray, 10, and Evelyn Penn, 7.

Before you go, click here to see more celebrity kids following in their parents’ acting footsteps.