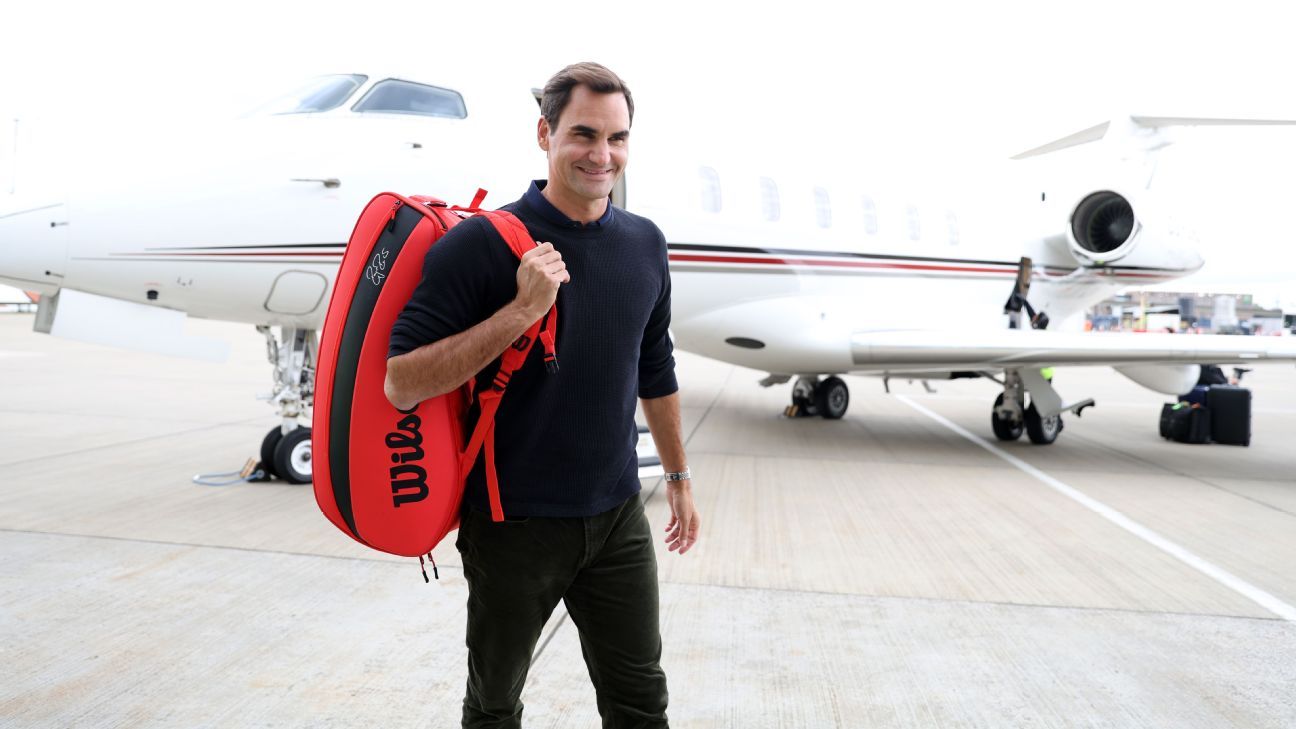 Roger Federer is set to make a last-minute decision on his participation in the Laver Cup, his physical trainer has said.

Last week 20-time Grand Slam champion Federer announced he would be retiring from professional tennis after a series of knee operations and said the Laver Cup would be his last official event.

Federer was pictured arriving in London for the Laver Cup on Sunday, with the tournament’s official account tweeting “RF has arrived.”

But the 41-year-old could be denied the chance to bow out at the team competition between Europe and the rest of the world, which starts on Friday at London’s O2 Arena, due to persistent injury troubles.

“He will probably decide that at the last moment,” Pierre Paganini, Federer’s trainer, told the Swiss newspaper Blick. “He is trained to have as much information as possible about whether it’s a good idea or not.”

Paganini also explained how Federer had first contemplated retiring in July, when it became clear he was making “greater efforts for relatively low intensity.”

“Since July, when he started combining the different training elements, he has noticed that he has to make more and more detours and put in extra effort,” Paganini said.

“He had to make greater efforts for relatively low intensity.

“I think it’s a smart decision. It’s not just about the knee. Roger has played a lot of matches in his career and put his body under extreme strain.”

Federer, Novak Djokovic, Rafael Nadal and Andy Murray will all play together on the same team for the first time at the Laver Cup, which is run by Federer’s management company.