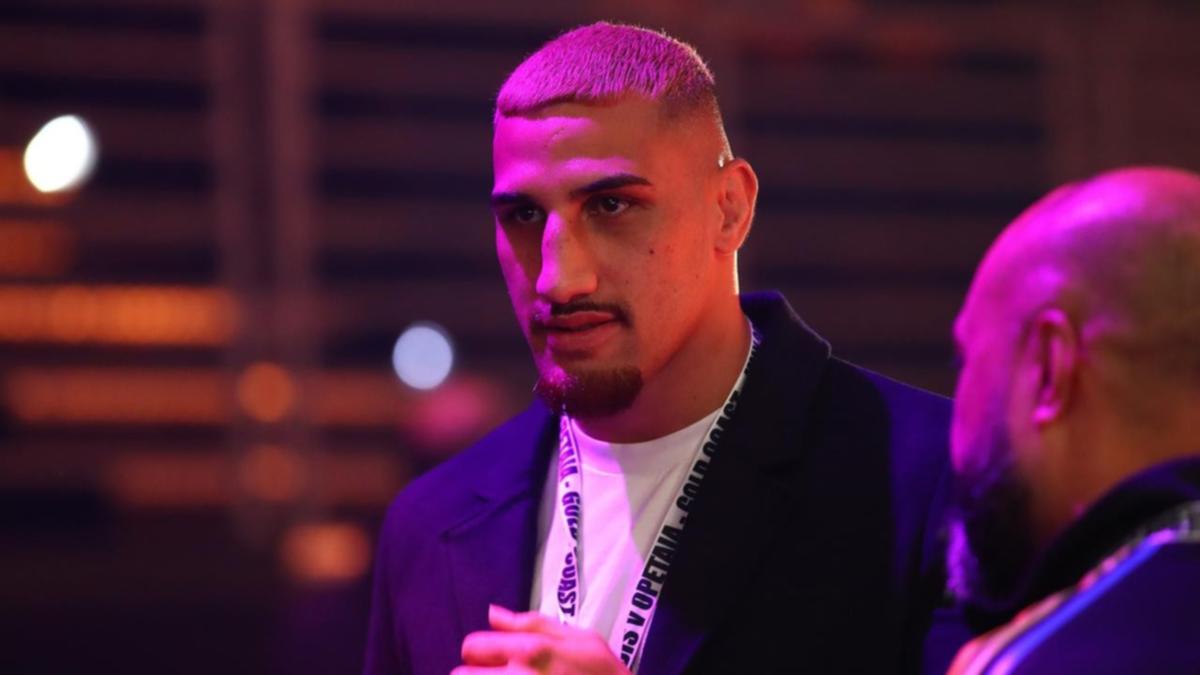 Justis Huni has been labelled the most boring man in Australian boxing by his next opponent’s trainer, who has tipped his charge to knock the heavyweight out.

The undefeated Huni was slated to meet three-time world champion Mairis Briedis next month but that bout is now firming for early next year.

Instead the Brisbane talent will face Kiki Leutele (8-1-2) at Nissan Arena on November 4, a fight that was to be held on the Jai Opetaia-Briedis card before their IBF cruiserweight world title fight was rescheduled.

Huni’s promoter is also finalising another fight in December.

Wins in all three would likely see Huni (6-0) gain a world ranking and position himself for a world title shot by the end of next year.

“We’re heavyweight boxers; if he wants fans to watch he’s going to have to start the hurt game, not tap then run away.

“Who wants to see that? He must be the most boring guy in Australian boxing.”

Leutele’s camp feel as if they’re “here by default” after filling the void created when the initial Briedis date fell through.

“We’ve been mucked around for a year,” Peach said.

“We’ll arrive three days before the fight and we’re going to knock Justis out. We’re not mucking around.”

Huni has endured constant questions over his supposed lack of power and could make a point by becoming the first man to knock Leutele out.

But he maintains, like heavyweight world champion Oleksandr Usyk continues to show, it’s not a priority.

“I just laugh when I hear it now,” Huni told AAP from his West Hollywood training base.

“Every fight it’s been the same argument and the outcome’s always the same.

“Usyk does it against the biggest, most powerful guys in the world. It shows power isn’t everything.

“(I have) boxing IQ, boxing skills. Skills pay the bills and you’ve got to be able to land that punch too.”

Huni is training at Fortune Gym and will spar with Cuban Frank Sanchez, ranked No.3 by the WBO, on Friday.

An ugly defeat of Goodall in June ended Huni’s year-long absence from the ring due to injury and sickness.

“We’re doing well and where we want to be at this point in my career,” Huni said.

“Everything is falling into place nicely.”