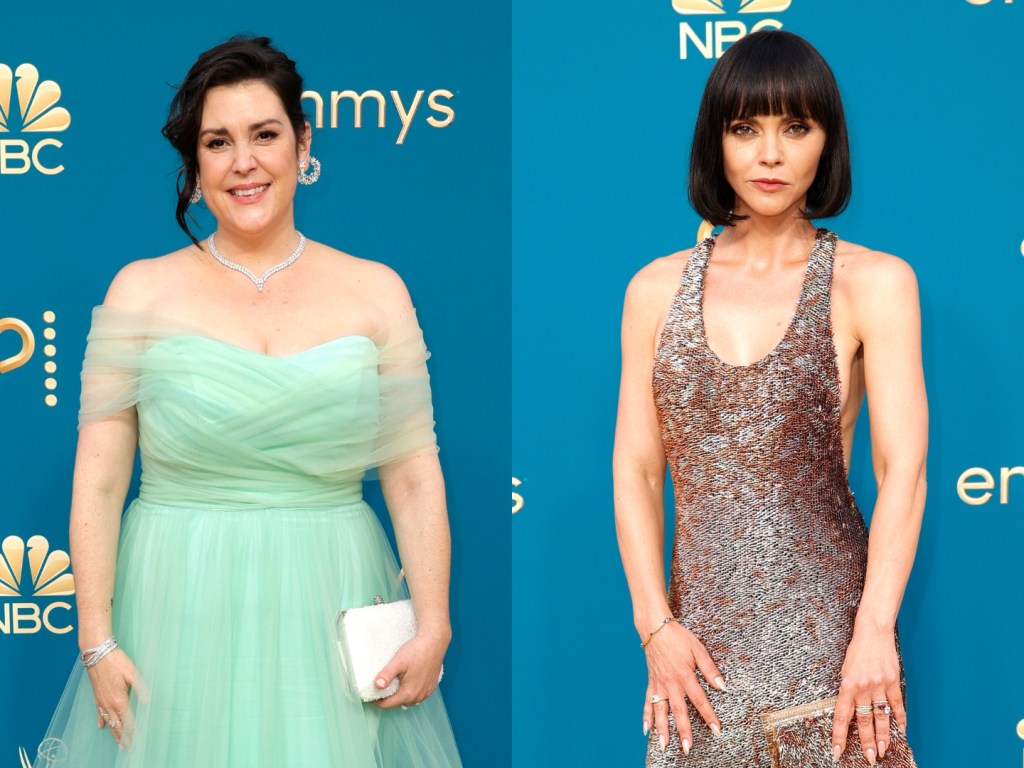 As soon as we heard that Yellowjackets was nominated for seven Primetime Emmys this year, we knew that the cast would arrive in absolute style. And boy, they didn’t disappoint! From fluffy ball gowns to uniquely designed dresses, the cast and crew knew how to make sure all eyes were on them tonight.

Starring Christina Ricci and Melanie Lynskey (both of which are nominated for separate Emmys), Yellowjackets has become a fan favorite, with people itching to know every new detail of the dark show. The Showtime original show is a thriller all about a team of high school soccer players whose plane crashes while on their way to a national tournament. The unique show shows how they tried to survive back then in 1996 and how they’re currently surviving in 2021. To say this show is insane is an understatement.

Stars from the show have been rolling in in some dazzling gowns, with Ricci arriving in a matching (and sparkling) ensemble and Lynskey looking like an ethereal princess! The cast seriously brought their A-game to the 74th Primetime Emmys red carpet (and we’ll be daydreaming about these looks forever!)

Check out which Yellowjackets cast and crew arrived on the Emmys red carpet in style below.