The palace said Sunday that the 95-year-old British monarch would continue with light duties.

“She will continue to receive medical attention and will follow all the appropriate guidelines,” the palace said in a statement.

The Queen is believed to have received three jabs of coronavirus vaccine.

Both her eldest son Prince Charles and daughter-in-law Camilla, Duchess of Cornwall have also recently contracted COVID-19. Charles has since returned to work.

Britain’s longest-reigning monarch, the Queen reached the milestone of 70 years on the throne on February 6.

She recently returned to public duties following several months off after she was told to rest by her doctors after spending a night in hospital for tests in October.

She was forced to cancel appearances at several key events, including Remembrance Sunday services at the COP26 climate conference in Glasgow, Scotland. 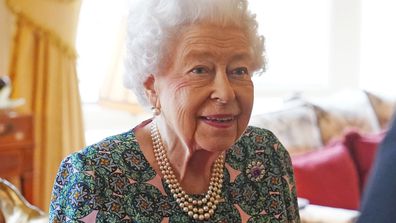 In the past week, she has held audiences virtually and in person.

The Queen is also scheduled to attend a string of in-person public engagements in the coming weeks, including audiences with politicians and diplomats, a diplomatic reception at Windsor on March 2 and the Commonwealth Service at Westminster Abbey on March 14.

Public celebrations of the Platinum Jubilee are scheduled for June, with festivities including a military parade, a day of horse-racing and neighboUrhood parties over a June 2–5 long weekend.