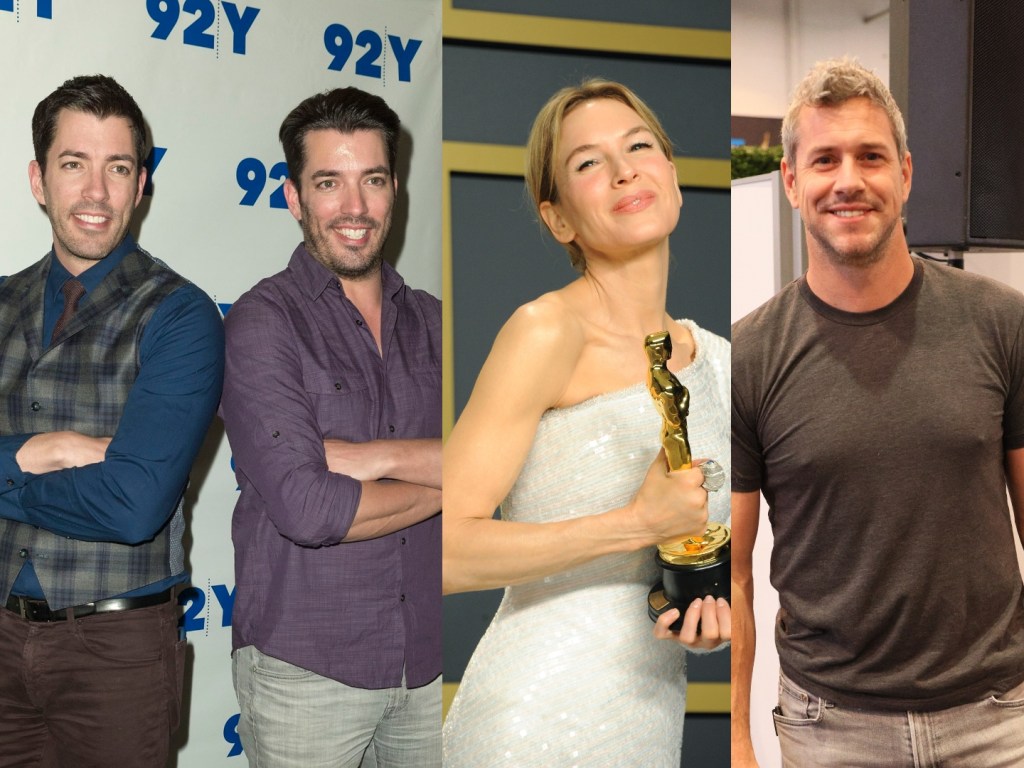 It seems like everyone was rooting for Renée Zellweger and Ant Anstead to get together, including an unexpected duo: the Property Brothers. Drew and Jonathan Scott recently revealed that they were the ones that ended up getting Zellweger and Anstead to meet, and subsequently fall in love. And their hard work ended up paying off!

Back on April 14, 2022, the Scott brothers sat down with ExtraTV to talk about everything from Drew’s upcoming fatherhood to Jonathan loving GF Zooey Deschanel’s Vanity Fair gown. While we loved the entire interview, we’re losing it over this new piece of information about one of our favorite celebrity couples. The interviewer started the question, saying, “You’re indirectly responsible for Renée Zellweger meeting Ant Anstead?” To which Jonathan corrected her, saying, “Actually, directly responsible.”

Drew added, “Yeah, so Celebrity IOU Joyride was actually not just about a car show giving back to people. That was actually an undercover dating show to find Ant, the love of his life.”

In the interview, it was also discussed how Zellweger wanted to originally be on Celebrity IOU after seeing Brad Pitt on an episode but ended up agreeing to guest star in the spinoff Celebrity IOU Joyride. From there, she met Anstead, and the rest is history.

You can see the interview HERE.

Anstead and Zellweger have been together and keeping it low-key since June 2021. Since then, the pair have been spotted packing on the PDA and Zellweger even bought a house close to the HGTV hunk.