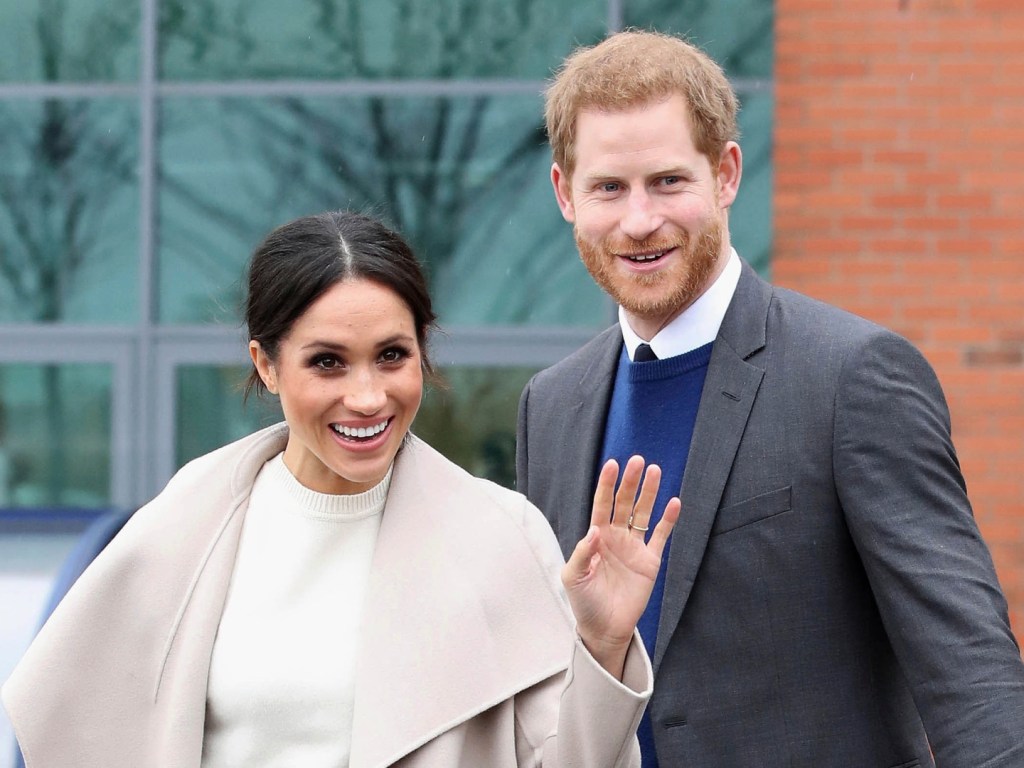 While Prince Harry has returned to the UK on multiple occasions since formally stepping away from his role in the royal family in Jan. 2020, his wife Meghan Markle has never made the trip with him — until now. Multiple sources, including a spokesperson for the Duke and Duchess of Sussex, have confirmed that Harry and Meghan just made a joint stop in London on a personal visit to a woman close to both their hearts: Queen Elizabeth II herself.

13 Celebrities Who Pay More Than Anyone Else For Personal Security

The Sussexes recently made headlines with the news that Meghan would be accompanying Harry to this year’s Invictus Games in the Netherlands, a yearly sporting event founded by Harry in 2014 in which wounded, injured, and sick servicemen and veterans compete and raise awareness. On Thursday, royal reporter Omid Scobie tweeted out confirmation from Harry and Meghan’s team that they’d stopped to visit the royals on their way to the Games.

“A Sussex spokesperson confirms that, prior to arriving in The Hague for @InvictusGamesNL Prince Harry and Duchess Meghan stopped in the UK this morning to visit the Queen,” Scobie wrote. “It was a Windsor visit that their team recently revealed the duke ‘hoped to do.’”

𝐁𝐑𝐄𝐀𝐊𝐈𝐍𝐆: A Sussex spokesperson confirms that, prior to arriving in The Hague for @InvictusGamesNL, Prince Harry and Duchess Meghan stopped in the UK this morning to visit the Queen. It was a Windsor visit that their team recently revealed the duke “hoped to do”.

Harry and Meghan’s return to the UK has been a popular topic of discussion ever since the Duke’s Jan. 2022 legal move requesting a judicial review of the decision not to allow him to pay for police protection in the UK, leaving him and his family with security measures he believes to be inadequate. In a statement released alongside the request, Harry’s legal spokesperson explained the need for a change before Harry could return to the UK with their family.

“The Duke and Duchess of Sussex personally fund a private security team for their family, yet that security cannot replicate the necessary police protection needed whilst in the UK,” the statement read. “In the absence of such protection, Prince Harry and his family are unable to return to his home…The UK will always be Prince Harry’s home and a country he wants his wife and children to be safe in. With the lack of police protection, comes too great a personal risk.”

The statement also points out that Harry’s security was compromised on his 2021 trip for the unveiling of a new statue of Princess Diana — but nonetheless, it seems he and Meghan have been able to pull off a quick, discreet trip as that legal battle continues. This trip is actually the perfect encapsulation of how things would operate if the Sussexes had their way: no news published until they’ve already left the country. They got to see family, but skipped the photo opp, and confirmed the news when it was too late for them to be chased down. As many on Twitter are pointing out, it’s also a great sign that their current team isn’t in the business of leaking their whereabouts to the press.

We can’t wait to see Harry and Meghan take on the Invictus Games starting this Saturday — who knows where else they’ll have been by then?! Until the Sussexes want us to, no one at all.

Before you go, click here to see the 100 best photos of the royal family from the past 20 years.