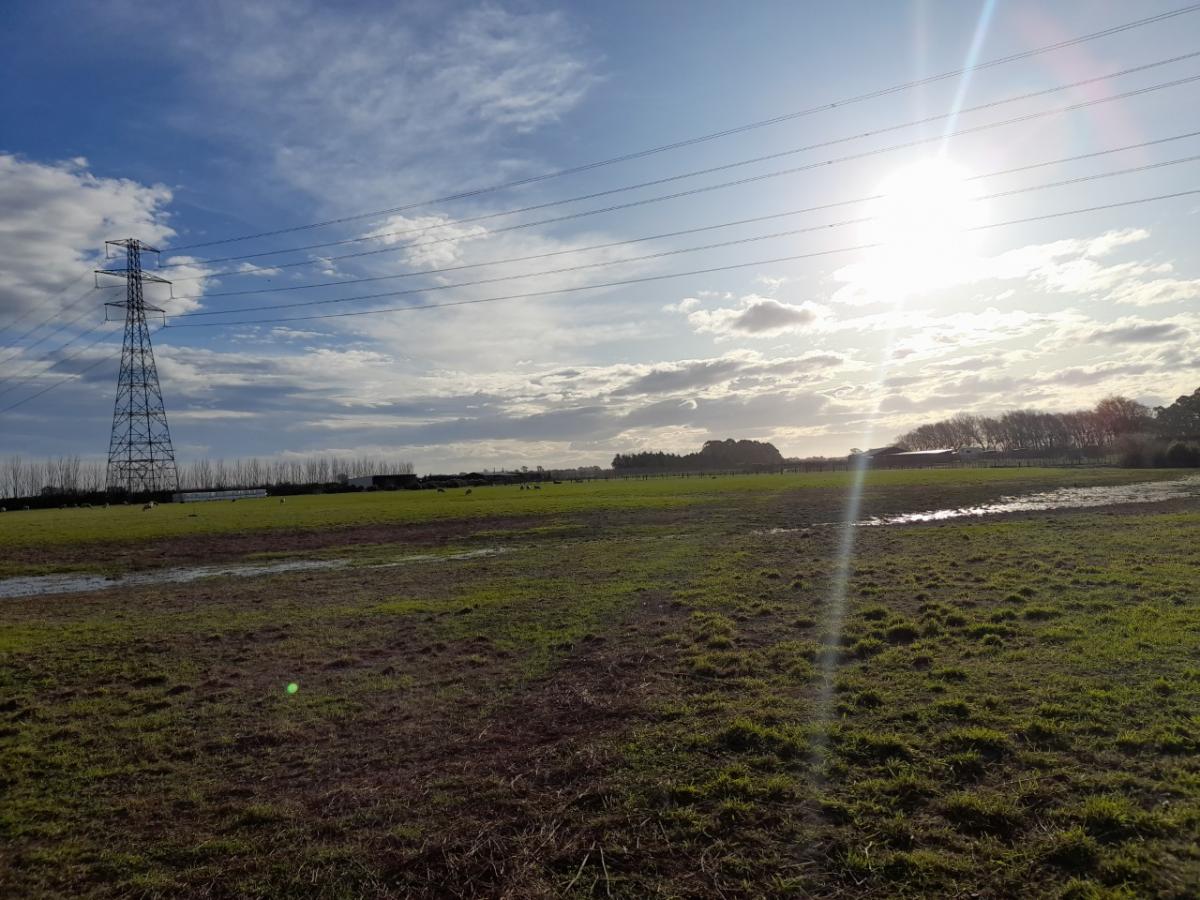 Developers at Prebbleton are proposing to push the township boundary out across rural land to the southwest with 527 new sections, bordered by the national electricity grid.

Birchs Village Ltd and Ngāi Tahu Property Development Ltd have increased the number of sections in the proposed 37ha subdivision on Birchs Rd from 400 as medium density provisions are introduced.

If each section was developed for three dwellings, as would be allowed under the provisions, there would be 1581 new homes at the site.

Selwyn District Council has accepted an application from the developers, named Plan Change 79, to rezone the rural land.

This means the application will now be notified for public submissions, and a hearing will be held.

If all three plan changes went ahead, Prebbleton would almost double in size. The township’s current number of dwellings is about 1850.

The number of dwellings would increase even further if the maximum of three homes per section was pursued, as is allowed under the medium density provisions.

However, the district council does not believe developers will necessarily triple the number of dwellings in each of their plan change areas, just because they can. In addition, developers can introduce covenants to stop individual section owners doing this.

Strategy and policy planner Rachael Carruthers told district councillors at their meeting last week that, for PC79, the proposed medium density provisions created a challenge in determining the likely number of dwellings.

Carruthers said three units on each section would be unlikely to align with the market demand for Prebbleton.

“In short, just because the zoning enables it, does not mean that it will happen,” Carruthers said.

“Given that the housing market in Prebbleton is primarily for detached family homes, whilst such an outcome is theoretically enabled by the proposed zone, in reality it is considered to be fanciful that such an intensive development will eventuate,” she said.

Rather, the developers considered 527 lots to be a more realistic yield, with an average lot size of 650m2, and a single dwelling on each.

“If each of these lots were then further developed for three units, the total yield would be 1581 units, although again this is considered to be extremely unlikely,” Carruthers said.

Carruthers noted that PC79 was initially to stretch from Prebbleton to beyond Transpower’s Christchurch-Twizel 220kV transmission line, which runs along the rural outskirts of the township. However, following feedback from Transpower, the southern extent  was pulled back, so it will no longer extend under the transmission corridor.

The programme covered the controversial PC69 Lincoln South development set against the backdrop of the loss of fertile soils nationwide.

McInnes asked if the Government’s soon-to-be-released National Policy Statement – Highly Productive Land (NPS-HPL) would be able to be taken into account at the PC79 hearing, even though the district council was accepting PC79 now before it had been released.

Carruthers said the hearing commissioner would take into account all relevant laws and rules at that time, including the NPS-HPL.

The Government has been accused of being too slow to release the NPS-HPL, while the earlier National Policy Statement – Urban Development has opened the door to large-scale subdivisions across rural land.