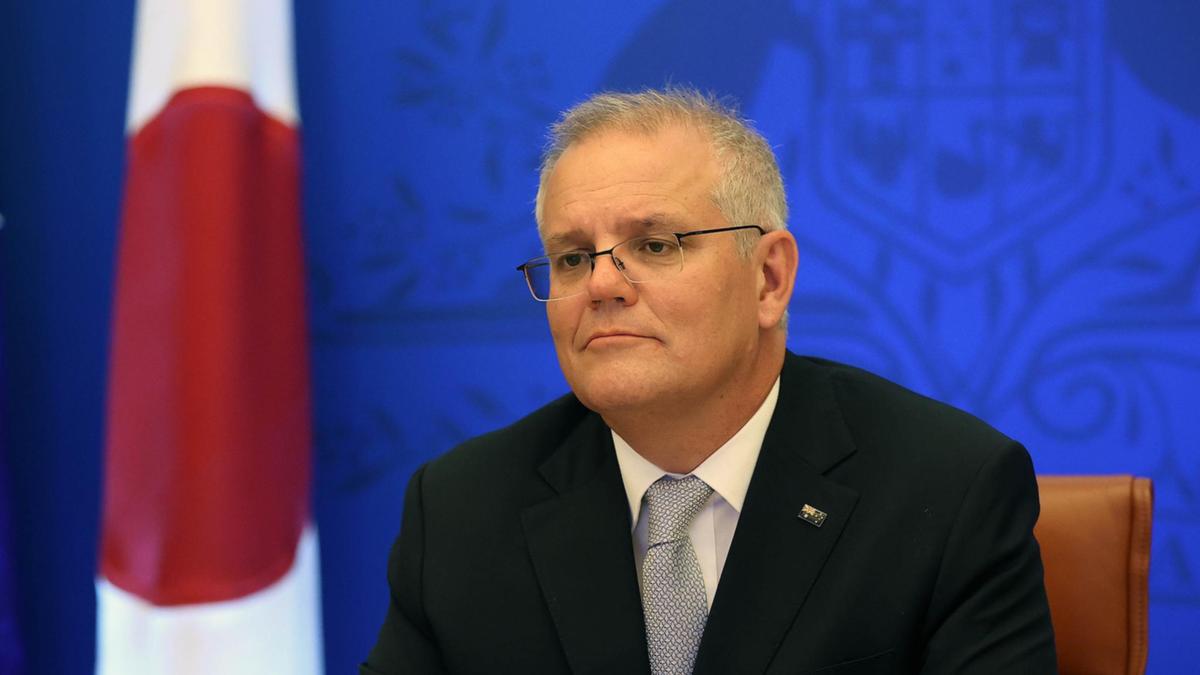 Amid rising concern over China’s influence in the region, Mr Morrison and Japanese Prime Minister Fumio Kishida formally inked the “Reciprocal Access Agreement” at a virtual summit on Thursday.

Mr Kishida joined via video link after announcing he was cancelling his planned trip to Australia and the US earlier this week due to the rapid spread of Omicron in Japan and across the world.

Giving his remarks from the cabinet room of Parliament House during the ceremony, Mr Morrison said Japan was Australia’s closest partner in Asia, noting challenges in the region without directly mentioning China.

“This is a landmark treaty which opens a new chapter for advanced defence and security co-operation, in what is a complex and rapidly changing world, something you and I both understand very well,” he said.

“This treaty will form an important part of Australia’s and Japan’s response to the uncertainty that we now face.”

Mr Morrison said that it was “a pivotal moment” for Australia and Japan.

“And the prosperity and security of our two nations, our peoples and indeed our region, as well as that beacon of stability that our region requires – a free and open Indo-Pacific,” he said.

Speaking at an earlier press conference on Thursday, Mr Morrison said it was the only agreement of its kind Japan held with another nation.

“And that says something about the level of trust and partnership, a partnership of equals, standing up for the security of the Indo-Pacific, and the values as democracies that we hold very dear,” he said.

He said it complemented other agreements such as the AUKUS submarine deal and $1bn military contract with South Korea.

China’s foreign ministry spokesman Wang Wenbin has warned that the new treaty should not “target or harm any third parties”.

“The Pacific Ocean is big enough for the common development of countries in the region,” he said this week when asked about the new agreement.

“Along the same line, peace and stability in the Pacific depends on the joint efforts of countries in the region.”