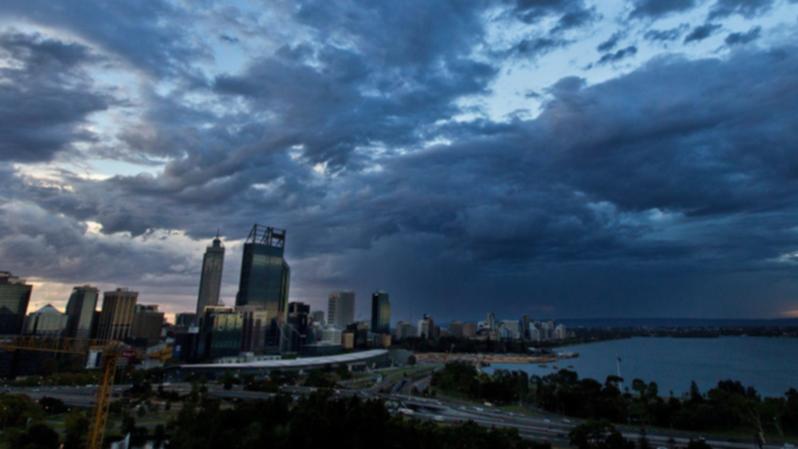 A severe thunderstorm warning has been issued for Perth as the metropolitan area copped a major downpour of rain and strong winds overnight.

Rottnest Island has also been smashed by severe 100km/h plus winds in the past few minutes.

Since 6pm on Monday night almost 10mm of rain was recorded in the Perth rain gauge. It brings the total for the month so far to more than 50mm.

The average for September is 82mm.

Strong winds have also belted parts of the metropolitan area this morning.

Mandurah recorded a wind gust of 93km/h at 5.54am and Rottnest Island recorded an 115km/h wind gust just before 6.30am.

The Bureau of Meteorology says severe thunderstorms are possible across the Lower West, Great Southern and Central Wheatbelt this morning.

Mandurah, Moora, Perth, Jurien Bay, Lancelin and Yanchep are among the spots which may be affected the most.

“Severe thunderstorms are likely to clear the Perth area by around midday and should extend eastwards inland during the day,” the bureau said.

“Severe thunderstorms are likely to produce damaging winds in the warning area over the next several hours. Strong and gusty winds are also possible in showers.”

Perth’s wet weather is expected to clear for the most part of the rest of the working week and over the weekend.