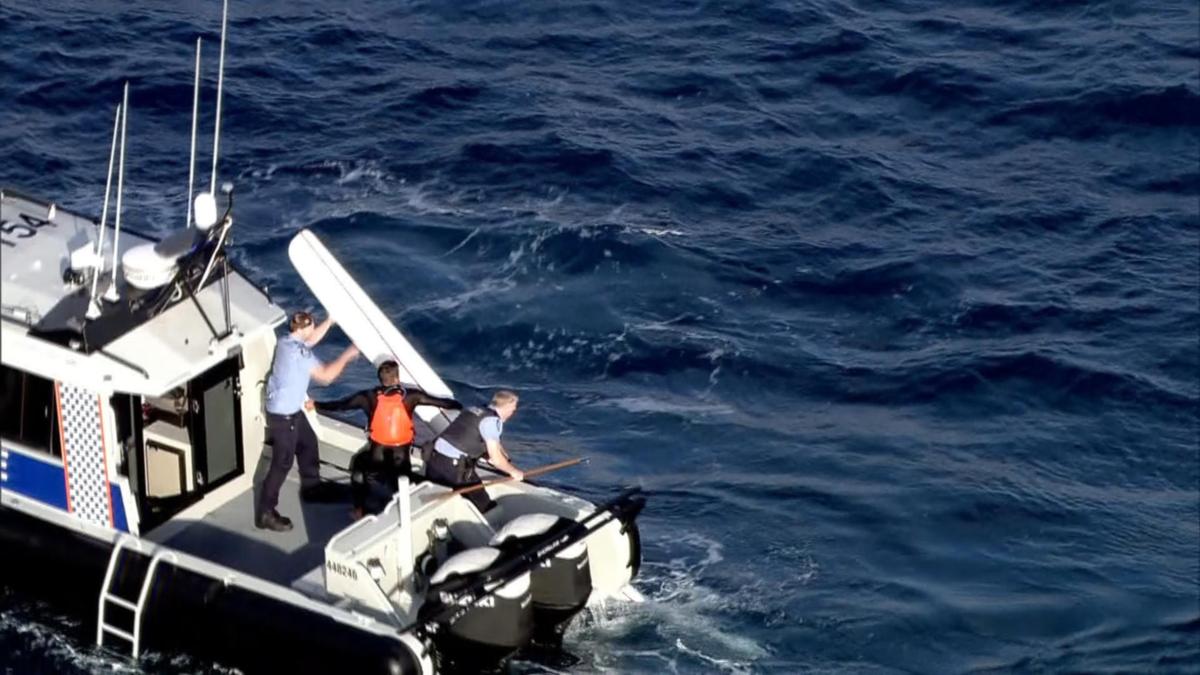 A dramatic ocean rescue has unfolded off Perth’s coast after a surf-ski paddler’s board snapped in half kilometres out at sea.

Rescue crews responded to a call for help from a man who was surf-skiing about 4km off the coast of Ocean Reef and came into trouble when his board broke about 3.30pm on Monday.

Water police were guided to the man by the 7NEWS helicopter following the man’s distress call.

Your local paper, whenever you want it.

“I’m so embarrassed because you found me,” he told the network on Monday night.

Vision captured from the helicopter shows water police throwing the stranded paddler a line before hauling him back onto their boat.

He was then safely brought back to the Mindarie Marina.

“I was doing a quick in and out paddle on my surf ski and I’ve been out in a lot rougher weather actually,” the man said.

“(But) I went over the swell and it snapped my ski.

“I do want to thank these guys (police), they’re awesome, they’re my new heroes.”