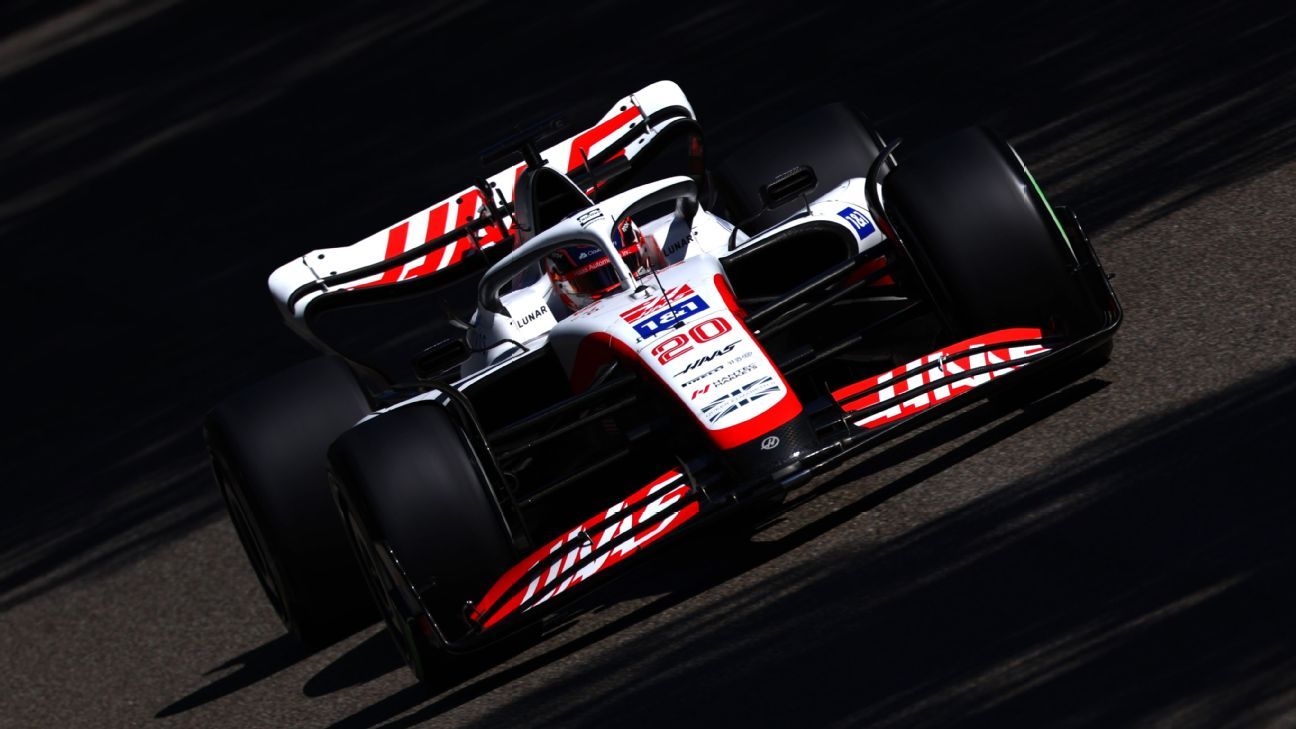 Haas’ Kevin Magnussen and Mick Schumacher have joined the list of drivers with a grid penalty at the Italian Grand Prix, which now stands at nine.

Magnussen and Schumacher will both drop 15 places from wherever they qualify after Haas made changes to the engine components in both cars.

Formula One’s complicated and unpopular engine rules limit drivers to a certain amount of each engine component across a season before they are penalised.

The nature of Monza’s circuit — which features long straights and a handful of corners — makes grid penalties easier to swallow, as there are better overtaking opportunities than at many of the remaining races on the grid.

The slew of penalties will result in a wildly mixed up grid order for Sunday’s grand prix, with the likes of Alpine’s Fernando Alonso and McLaren’s Lando Norris looking well placed to capitalise with a strong starting position.

Of the leading four drivers in the championship, only Ferrari’s Charles Leclerc is penalty-free, meaning he seems favourite to start Sunday’s race from pole position.

F1 is set to simplify its engine regulations in 2026.

At the Belgian Grand Prix two weeks ago, no-one started the race from where they qualified as seven drivers took the opportunity to take engine penalties.

Grid penalties in order of severity:

The first time a component outside the allocation is taken it is a 10-place grid penalty, but Verstappen took this as part of his penalty at the Belgian Grand Prix.

As this is the second ICE over the limit of what is allowed, he only has five places to serve in Monza.

Ocon has also taken on a second ICE outside of the allocation.

Perez has also had a new ICE fitted to his car, but it is the first one of that component outside of the allocated amount.

Alfa Romeo fitted a new ICE, turbocharger and MGU-H in Bottas’ car, each coming with a five-place grid drop.

Haas fitted a new ICE and gearbox into Schumacher’s car.

Haas fitted a new ICE, turbo and MGU-H into Magnussen’s car, each coming with a five-place grid drop.

Carlos Sainz (Ferrari) Back of grid

Ferrari made a wholescale change to Sainz’s engine, dropping him to the back of the grid.

Lewis Hamilton (Mercedes) Back of grid

Mercedes made a wholesale change to Hamilton’s engine, dropping him to the back of the grid.

Yuki Tsunoda (AlphaTauri) Back of grid

Yuki Tsunoda has been hit with multiple penalties.

The Japanese driver was already handed a 10-place penalty coming into the week for hitting the limit of five reprimands this season.

Given that grid penalty, AlphaTauri took the opportunity to make a wholesale change to his engine and drop him to the back of the order.