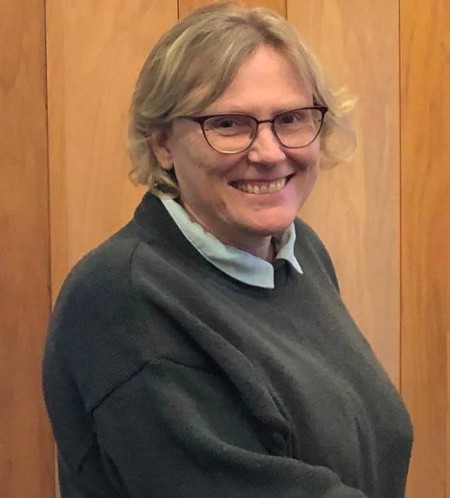 More than four months after the Government announced a new research centre to help drive down on-farm emissions, it still has not been set up.

It was announced as part of the Government’s Emissions reduction plan in May, with $339 million set aside to speed up the development of technologies to reduce agricultural emissions.

When the centre was announced in May, Agriculture Minister Damien O’Connor said it would focus on applied research that drove product development.

“The He Waka Eke Noa partnership has highlighted the demand from farmers and growers for products that will shift the dial on-farm so our sector can hit our emissions reductions targets. The sooner tools are ready for farmers, the sooner we move on our goal of biogenic methane reduction of 10% by 2030 and 24-47% by 2050,” O’Connor said then.

But before the centre can get up and running, the Government and private sector and farming organisations – which will be part of it – need to agree on a memorandum of understanding. Those negotiations are ongoing, but it is likely there will be an announcement before the end of the year.

National Party climate change spokesperson Scott Simpson told NBR he wanted to be optimistic about the centre but the Government was very good at visionary statements and “hopeless” at delivery.

There has been “A big lump of money allocated to the centre but so far very little in terms of delivery and the clock is ticking.

“As I said earlier, the legislative backstop kicks in on the first of January 2025, like it or not, and so it’s absolutely in the best interests I think, not only of the farming and agricultural sector, but also government agencies like MPI and others and where new enterprises or new initiatives have been set up to help achieve the goals, that they do so with a high degree of urgency,” Simpson said.

Act Party climate spokesperson Simon Court is not so keen on the new centre, saying the Government could help reduce emissions now simply by approving the use of technologies such as the feedstock Bovaer, which was a methane inhibitor. It was approved for use in other OECD countries, but MPI had not approved it for use here.

Simpson said there was no one single solution to reducing on-farm emissions and currently the only way to do it was to reduce stock numbers. That, though, was not the best solution for New Zealand nor the world, given New Zealand farmers were among the most carbon efficient in the world. Breeding, use of different grasses and food supplements would all help.

“We as a nation actually should be spending a whole lot more on research and development in this area in my opinion,” he said.

Simpson and Court are also frustrated by the time it is taking for the Government to make decisions on the report from He Waka Eke Noa – the primary sector climate change partnership – on how farm emissions should be priced.

Simpson said if no alternative is put in place, agriculture would be brought into the Emissions trading scheme in 2025.

“The clock is ticking. The farmer/agricultural sector partnership group presented their submission on He Waka Eke Noa back in May and we are still awaiting the Government’s response to that.”

In its report on the He Waka Eke Noa submission, the Climate Change Commission Government agreed a streamlined version of the farm emissions pricing system proposed by the group could be in place by 2025 but it recommended some significant changes. In particular, the commission recommended that sequestration from on-farm vegetation, which the report proposed, not be included in the on-farm pricing system.

Ministers are apparently grappling with whether to include sequestration in the system or not, as they come to final decisions about what pricing system should cover farm emissions.

Simpson said the Government had three options. It could adopt the He Waka Eke Noa report in full, reject it, or put up an amended proposal. He believed it would come up with an amended proposal and go back to farmers for more consultation.

“If it can be achieved then that absolutely is in the best interests, not only of the agricultural sector, but it’s also in the best interests of New Zealand Incorporated as we move forward to meeting and fulfilling our obligations under the Zero Carbon legislation, net zero 2050.”

Court is also critical of progress being made on the recommendations made by He Waka Eke Noa and is sceptical that the December deadline for measuring on-farm emissions will be met.

At the same time, he said the Government was spending no time on measuring how much carbon was captured and stored on farms.

“The whole thing is skewed to punishing farmers and pushing through Government policies, in tandem with the Greens, to reduce stock numbers.”

Court also has real worries about the Government’s clean car upgrade, saying the cost of it is not justified by the amount of emissions it is expected to cut.

Simon Court is not convinced by the Government plan to promote lower emissions vehicles.

Court said $569 million had been set aside for the scheme and in answer to a written parliamentary question, Transport Minister Michael Wood said it was estimated the programme could reduce transport emissions by between 500 and 4500 tonnes of carbon.

Even at the most optimistic level, Court reckons that adds up to costing more than $1000 a tonne.

He was particularly unimpressed that Ministry of Transport officials, who also appeared before the Environment Select Committee last week, could not yet be clear about the design of the programme.

“They don’t know how they are going to measure success.”

Court said officials also did not know if it would drive up the uptake of hybrid and electric vehicles.

He said under the Emissions Trading Scheme, people were already paying 20c to 21c at the pump, which amounted to a figure of about $1.5 billion a year. Act would pay a carbon dividend equivalent to about $750 a household and leave it up to individuals how they spent that money, including whether they used it to help buy a lower-emissions vehicle.