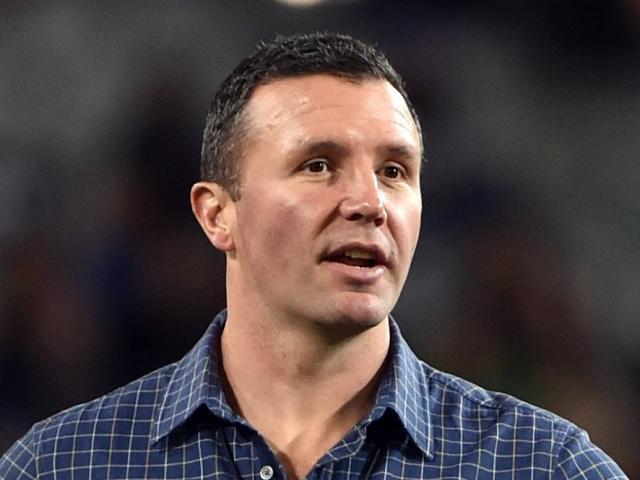 Moana Pasifika remain hopeful of making their belated Super Rugby Pacific debut against this Chiefs in Queenstown on Sunday but there are no guarantees as they work through Covid return to play protocols and wait on 15 isolated players to re-join the team.

Wednesday is the deadline for Moana Pasifika to satisfy safety testing measures and assemble enough fit players to take on the Chiefs after the entire playing squad and management were forced to isolate in their Queenstown hotel rooms for 10 days following a Covid outbreak in camp.

Moana Pasifika’s opening match against the Blues was postponed as a result, and this week’s game against the Chiefs has been moved from Friday to Sunday to give the new entrants as much time as possible to recover.

Moana Pasifika head coach Aaron Mauger confirmed positive Covid cases had swelled from the seven last week – the Herald understands at least 12 players contracted the virus – and that the team may need to call on replacements from other New Zealand teams to field a squad this weekend.

“I’m not at liberty to give you the exact number but it was a lot higher than seven. That’s one of our challenges as we look forward to how we can safely prepare our team to play this weekend,” Mauger said.

The first group of Moana Pasifika players and management were released from isolation on Sunday but with 15 still in their rooms and needing to test negative, preparations remain severely compromised.

“We’ve got a deadline to meet and that will be challenging based on the number of guys who have been Covid positive,” Mauger said. “We’re doing everything we can to get back on the field as quick as we can without compromising the safety of anyone in our team. It’s a bit of a balancing act and it will be a squeeze, to be fair.

“Wednesday is the deadline. We’ll have a better indication in the next 24 hours. We’ve had a couple of really light sessions out on the field. You can tell it’s taken its toll being cooped up inside for 11 days. Even though our guys have been doing some high intensity sessions there’s nothing like replicating scrum loads and high intensity running.”

Mauger suggested 19 Moana Pasifika players in a 23-man squad would be the minimum for the team to commit to playing this weekend.

“Replacement players from other teams have been talked about. You could probably handle four players coming in with three or four days preparation. Anything more than that and it becomes a little bit shambolic, and you’re asking too much of players coming in and our guys to prepare a third of a new team.

“Anything more and it’s not really a Moana Pasifika team. When it starts to get to those levels, we’d probably take it off the table and do what’s right for our team.”

While the squad used online group workouts, yoga and Pilates sessions to maintain mental and physical fitness during their 10 days isolation, the prospect of uncontested scrums against the Chiefs is possible with props and hookers lacking the usual contact conditioning on their necks and shoulders.

“That was always going to be a question which we couldn’t answer straight away that’s why we asked for the deadline to be Wednesday.

“It will be challenging getting to the level of condition to make it safe to play this week. We’ll make those decisions once we’ve been through a bit more loading in the next couple of days. We’ll do anything we can to get out on the field.”

Despite the setbacks, Mauger backed New Zealand Rugby’s decision to relocate the six teams to the Queenstown bubble and amid talk of a potential early return he suggested they could instead extend the southern base.

“It was a good call. It’s great to see the other teams have managed to get through safely and hopefully that continues. Potentially we could look to stay here a little bit longer.

“We’ve had so many challenges and things change along the way so we’ve got pretty good at adapting. The growth and development I have seen has been impressive. The challenge has always been how quickly we can get our performance up to the level it needs to be.”