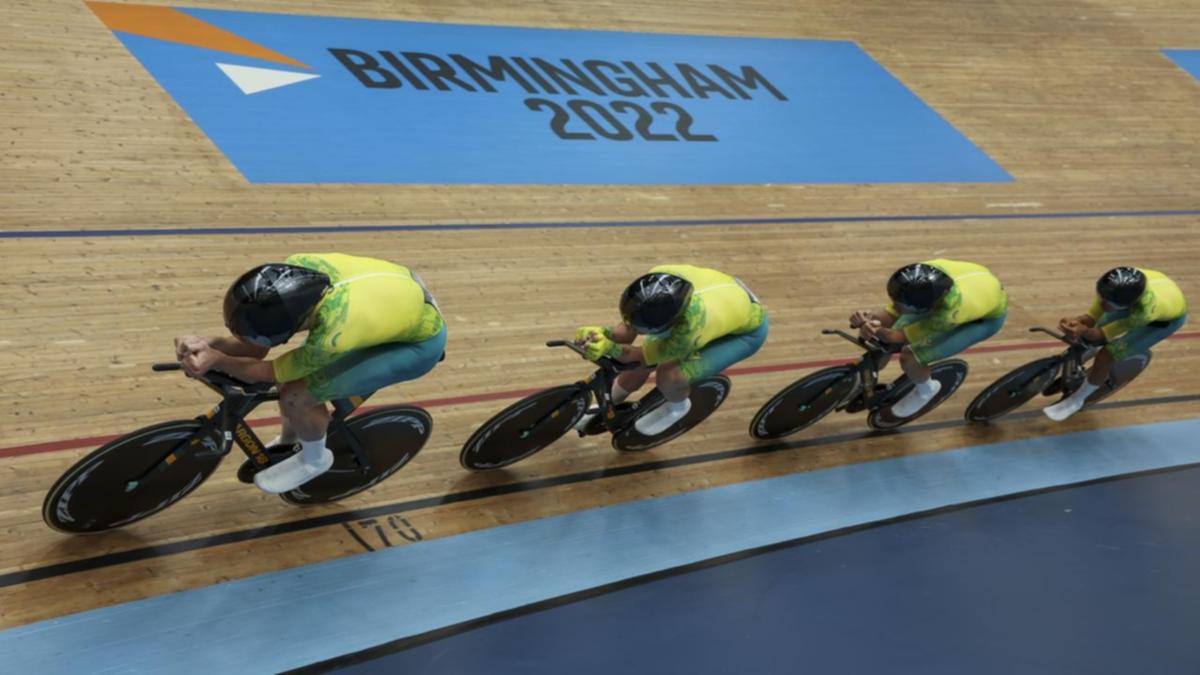 Australia’s track cyclists have powered into three gold-medal races on the opening morning – but their men’s track pursuit team have suffered the indignity of not reaching a Commonwealth Games final for the first time.

As they set out to maintain their proud record of being the top track team at the last seven Games, the women’s pursuit team led the way, qualifying comfortably fastest for the race for gold against New Zealand at London’s Olympic velodrome later on Friday.

The men’s sprint trio of Leigh Hoffmann, Matt Richardson and Matt Glaetzer also look nailed on for team gold after similarly setting a Games record en route to qualifying for a final against hosts England.

Jess Gallagher and her pilot Caitlin Ward are set to make it a triple golden start in the women’s tandem sprint B, the event for blind and visually impaired cyclists riding with a sighted pilot, after dominating qualifying and their semi-final against Scotland.

But the huge shock at the opening session at the Lee Valley VeloPark, the setting for the 2012 Olympics, was that for the first time in the event’s 48-year history, an Australian men’s quartet failed to make the final of the pursuit, an event they’ve won in eight of the 11 editions.

For the first time, they’ll have to settle for a bronze medal ride – against Wales – after their foursome of Josh Duffy, Conor Leahy, James Moriarty and Luke Plapp saw their time of 3 minutes 51.274 seconds bettered by both New Zealand and England.

It was a huge disappointment, particularly for 22-year-old Tasmanian Duffy, who seemed to bail out early from his turn in the 4000m race.

Georgia Baker, Sophie Edwards, Chloe Moran and Maeve Plouffe smashed the Games record in the team pursuit, covering the 4000m in a new mark of 4:14.605.

That was faster than their Australian predecessors, who clocked 4:15.214 when winning in Brisbane four years ago.

They finished a huge 3.829 seconds ahead of New Zealand and, in the final, should have the measure of their trans-Tasman neighbours, who are already struggling with the loss of key rider Ally Wollaston, who crashed at the Tour de France Femmes.

Glaetzer, the self-styled “old dog” of the team, put in another spectacular turn as the men’s sprint trio clocked 42.222, more than a second quicker than finalists England, as he targets a fourth Commonwealth gold.

The equivalent women’s sprint team of Kristina Clonan, Alessia McCaig and Bree Hargrave finished fourth fastest in qualifying (48.355) and will race for bronze against Wales (48.095).