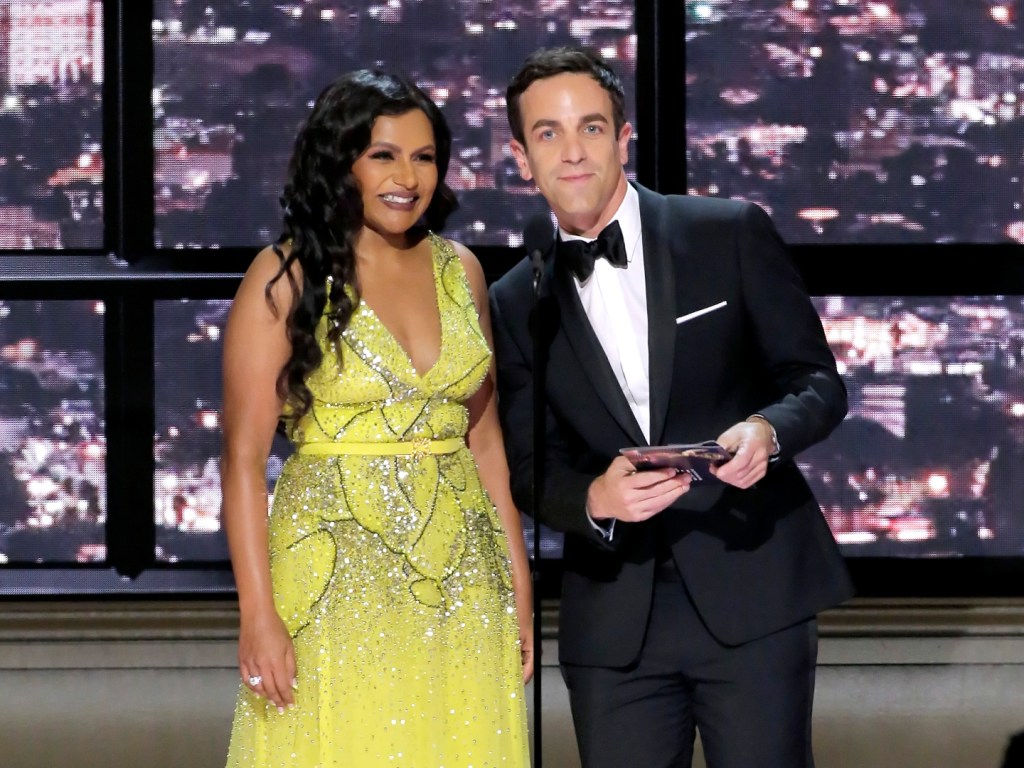 The ultimate “will-they-won’t-they” couple in real life is by far Mindy Kaling and B.J. Novak (don’t even get us started on that super-sweet stargazing picture on all social media!) While presenting for “Outstanding Writing For A Limited Series Or Anthology Series Or Movie” at the 2022 Emmys, the two looked super happy to be back in the spotlight together (and everybody seemed to notice!)

16 Historic Emmy Wins You Should Definitely Know About

Between the way they were looking at each other while the other was presenting and stepping out to the song “Baby Love,” it’s safe to say that Twitter is going ballistic over these two again.

Within minutes, Twitter and TikTok were flooded with comments and videos of the two while they were presenting. One Twitter user wrote, “i know it’s ‘not our business’ but mindy kaling and bj novak can’t just keep dangling whatever the hell is going on between them in front of us.” Another Twitter user added, “My heart can’t take the Mindy Kaling – BJ Novak reunion 😭 #Emmys2022.”

Right when people think these two The Office alums aren’t a thing, they do something like this, teasing their fans all over again.

In an interview with Marie Claire, Kaling revealed that those rumors of her and Novak being secretly together don’t bother her. “It doesn’t bother me,” she said. “(Novak is) the godparent to both my kids, and they have such a great relationship, and so far (the rumors haven’t) affected my happiness at all, it hasn’t affected my kids or B.J. If that’s what is going to be titillating to people, I’ll take it.”

Before you go, click here to see all the best-dressed celebrities at the 2022 Emmys: