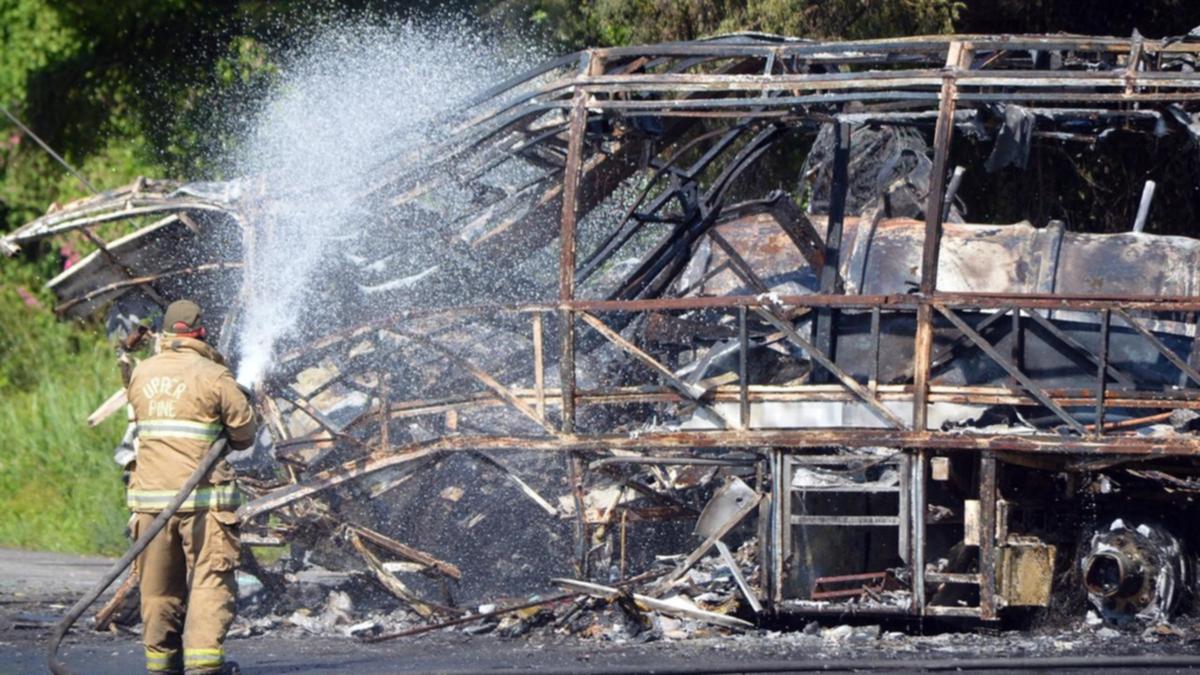 The death toll in a bus crash in northern Mexico has risen to 20, as questions emerge about whether a double-tanker fuel truck may have caused the accident.

The state government of Hidalgo, where eight of the victims were from, on Saturday said the crash also killed 11 people from the Gulf coast state of Veracruz.

It wasn’t immediately known where the 20th victim was from.

While there had been some concern the victims were a contingent of migrant labourers, Hidalgo said the bus simply picked up anyone who flagged it down along its route to the northern city of Monterrey.

The bus collided with a tanker truck carrying fuel and in the northern border state of Tamaulipas.

State prosecutors said in a statement that “the crash may have occurred because one of the fuel tanks came loose”.

The collision left both vehicles completely burned. Police photos showed the bus was reduced to a tangle of smoking, charred metal.

The fuel truck driver apparently survived and is under investigation. The bus had set out from the central state of Hidalgo and was headed to Monterrey.

The semi-truck was towing two tank trailers in tandem. Such double-container freight trucks have been involved in numerous deadly crashes in the past.

Because weight restrictions and safety inspections in Mexico are lax, there have been calls in the past to ban the extremely heavy and unwieldy trucks.