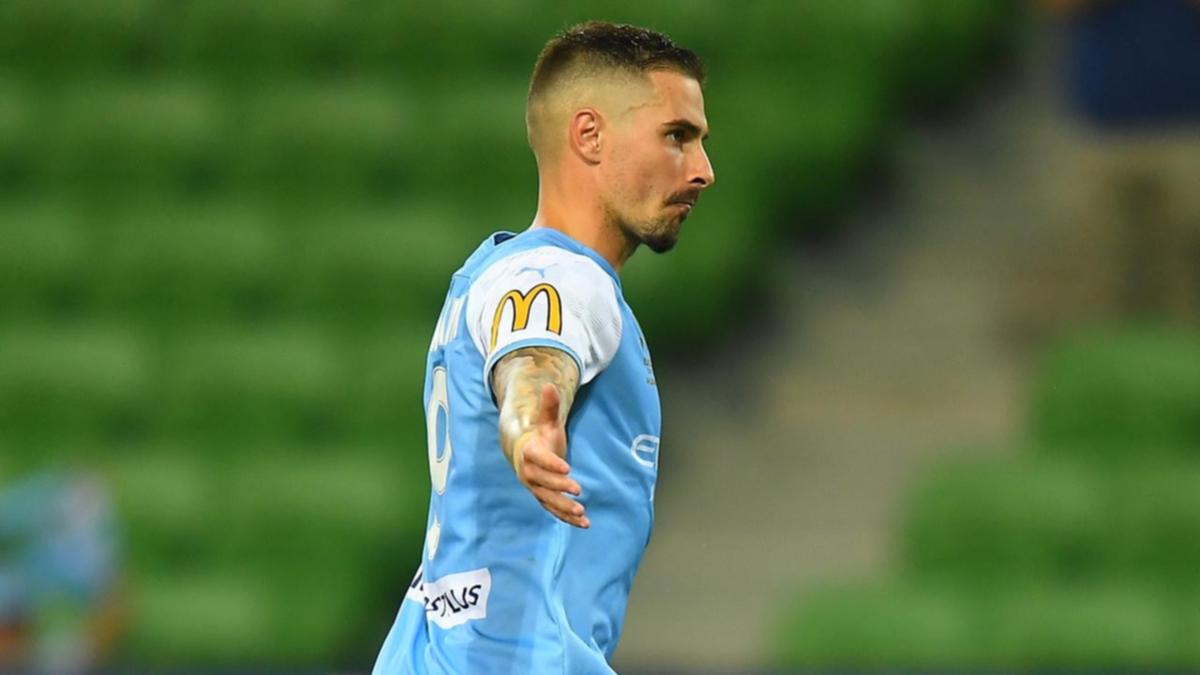 Melbourne City’s hopes of earning automatic qualification for the Asian Champions League knockout stages have been dealt a late, late blow in a 1-1 draw with Jeonnam Dragons in Thailand.

The A-League men’s champions were ready to celebrate an 89th minute winner from their Socceroos’ marksman Jamie Maclaren at the Pathum Thani Stadium on Sunday night which looked set to power them back to joint-top of their group.

Instead, a careless blunder at the other end by goalkeeper Tom Glover two minutes into stoppage time resulted in the Korean side’s Georgian international substitute Nika Kacharava lobbing home a damaging equaliser.

The late blow leaves City’s hopes of automatic qualification as a group winners still up in the air, as they now currently lie two points behind Thai side BG Pathum United, who defeated Filipino team United City 3-1.

City will play Pathum again in Wednesday’s penultimate group stage matches in the Thais’ home stadium, a game they will almost certainly have to win to have a realistic chance of heading the group.

Finishing second, though, would not necessarily guarantee elimination as City would could still go through to the knock-out stages as one of the three best group runners-up.

City boss Patrick Kisnorbo, though, will be looking for his side to improve dramatically on Sunday’s flat performance in which the Korean Cup winners Jeonnam looked the superior outfit, as they also had even in their 2-1 loss to Melbourne on Thursday.

City brought back Connor Metcalfe into their starting line-up for the first time in the tournament but missed their suspended livewire, Marco Tilio.

They again found it difficult to create chances, just as they had in their first tie with Jeonnam, and it was the Korean side who nearly drew first blood just before halftime with Park Hee-seong’s backheel going just wide.

Park came even closer when he hit the post in the 54th minute and Kosovan striker Leonard Pllana spurned a glorious chance 12 minutes later when he blazed wide.

After Maclaren’s late strike threatened to earn City a barely-deserved win, Glover made a mess of trying to clear a free-kick, deciding to punch clear instead of catching.

He paid the price when the weak punch fell only to Kacharava, with the keeper stranded as the Georgian’s shot lobbed back over his head and into an empty net.