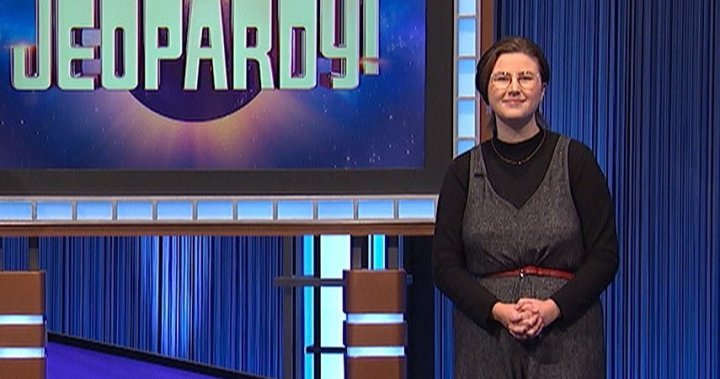 Mattea Roach has defended her title as returning champion on Jeopardy! once again as she won her eighth game in a row.

The Halifax native won another $14,400 USD in Thursday night’s episode, dominating her competitors once again.

According to Jeopardy!‘s daily box scores, Roach has answered clues correctly 93 per cent of tries in all eight games, with 217 correct responses and 16 incorrect ones.

Mattea Roach earns another $20,000 on Jeopardy!, winning streak at 7 games

She is set to return to the show Friday night to compete in her ninth game and defend her title.

In an interview with Global’s The Morning Show last week, she said she applied for the show online during the pandemic, because she was “bored” and wanted to give it a go.

That best possible outcome — so far — has allowed her to pay off her student loans.

After winning her fifth game, the 23-year-old also secured a spot in the next Tournament of Champions.

— With files from Rebecca Lau.