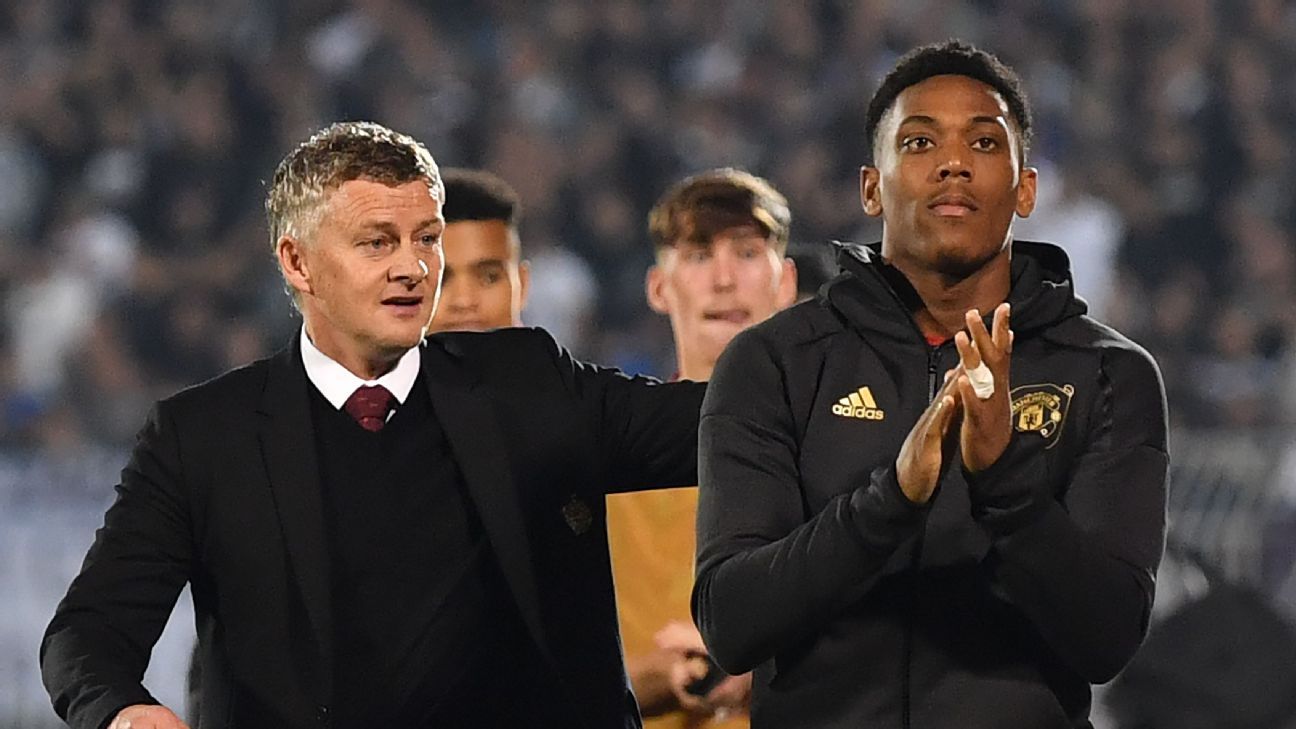 Manchester United forward Anthony Martial has criticised Jose Mourinho and Ole Gunnar Solskjaer for the way he was treated during their managerial spells.

The France international was United’s top scorer during the 2015-16 campaign but, when Mourinho became United manager the following season, the forward struggled for regular minutes as a starter.

Although United won two major trophies in Mourinho’s debut season, Martial blamed the Portuguese for missing out on a place at the 2018 World Cup.

“It started with the story of the shirt number,” he told France Football as quoted by RMC Sport. “During the holidays, he sent me a message asking me if I would change to No. 11, explaining that it was great because it was the number of the legend Ryan Giggs. I told him that I had the greatest respect for Giggs but that I would prefer to keep my No. 9. And when I go back to the club, I see my No. 11 shirt, the story didn’t go well.

“He disrespected me, directly. He talked about me in the press, little phrases, a bit like he had done with Karim Benzema at Real Madrid. In the [2017-18] season, I was the team’s top scorer in the first half of the season, he brought in Alexis Sanchez and then I didn’t play much. It was the World Cup season as well, and it cost me a lot at the end, especially as the French team won. I should have been there.”

Following Mourinho’s dismissal in 2018, Solskjaer replaced him, and although Martial enjoyed a resurgence in form, he said he was unable to perform during the latter seasons of the Norwegian’s stint.

“The last two seasons, I have regularly played injured,” Martial added. “People don’t know that, I couldn’t accelerate during the four months following the COVID season. Solskjaer tells me that he needs me, so I play.

“Given my game, if I can’t accelerate, it becomes very complicated. And I get criticised — the coach never bothered to tell the media. Obviously, I end up getting injured for good and when I come back, finished, I don’t play anymore.

“I took it very badly. I had a feeling of injustice. You are asked to sacrifice yourself for the team and behind you are dismissed. For me, it’s almost treachery. That’s all I hate. I can be blamed, but not for being fake.”

Martial is recovering from an Achilles injury picked up last month with new United manager Erik ten Hag unable to give a time frame for the striker’s return.