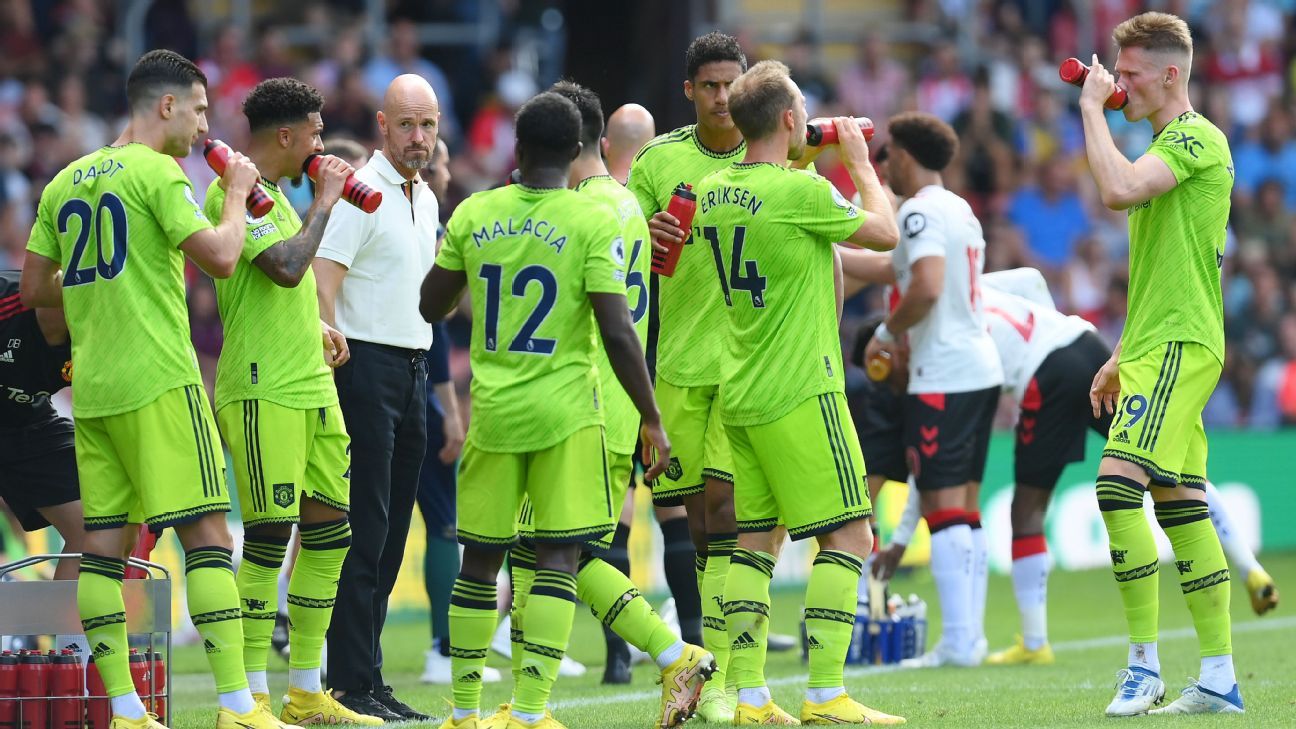 Erik ten Hag has defended Manchester United‘s record summer transfer spend by insisting it was the only way they could compete for a place in the top four this season.

The Dutchman has overseen a outlay of more than £220 million — the most the club have ever spent in a single window — to bring in Tyrell Malacia, Lisandro Martinez, Casemiro, Antony and Martin Dubravka.

Ten Hag says the huge budget does not bring with it more pressure to deliver immediate success and believes the spending was necessary to improve a squad which finished sixth in the Premier League last season.

“If you want to compete at the top, you don’t have a choice,” Ten Hag told a news conference on Wednesday.

“All the clubs spent this kind of money. If you want to fight for the top four positions you have to do it.

“We have the ambition, especially in the long term, to play for trophies. We had to do this, I think.

“Last season, the benchmark was only five transfers above £60m and I don’t know how many now.”

Ten Hag has used the money to strengthen every area of his squad with reinforcements arriving in defence, midfield and up front.

Increased competition has already seen Cristiano Ronaldo, Harry Maguire and Luke Shaw lose their places in the team for back-to-back wins over Liverpool and Southampton and the United boss hinted that it was something that was missing when he took over at Old Trafford.

“It’s good that there is competition,” he added.

“I think it’s natural in a top club — this situation has to be there. You have to push players to the highest levels. I’m sure they are happy with it as well.

Ronaldo, who has been used as a substitute in the last two games, has been linked with a move away but looks set to remain at Old Trafford until at least January.

“From the start we said we planned with him,” said Ten Hag.

“We are happy with him, he’s happy to be here and we want to make the season a success together.

“We are all on one page. You can see in training that it is clear that he has the capabilities. He will fit in because…I don’t have to explain because he’s a great player. He will fit in every system or every style.”