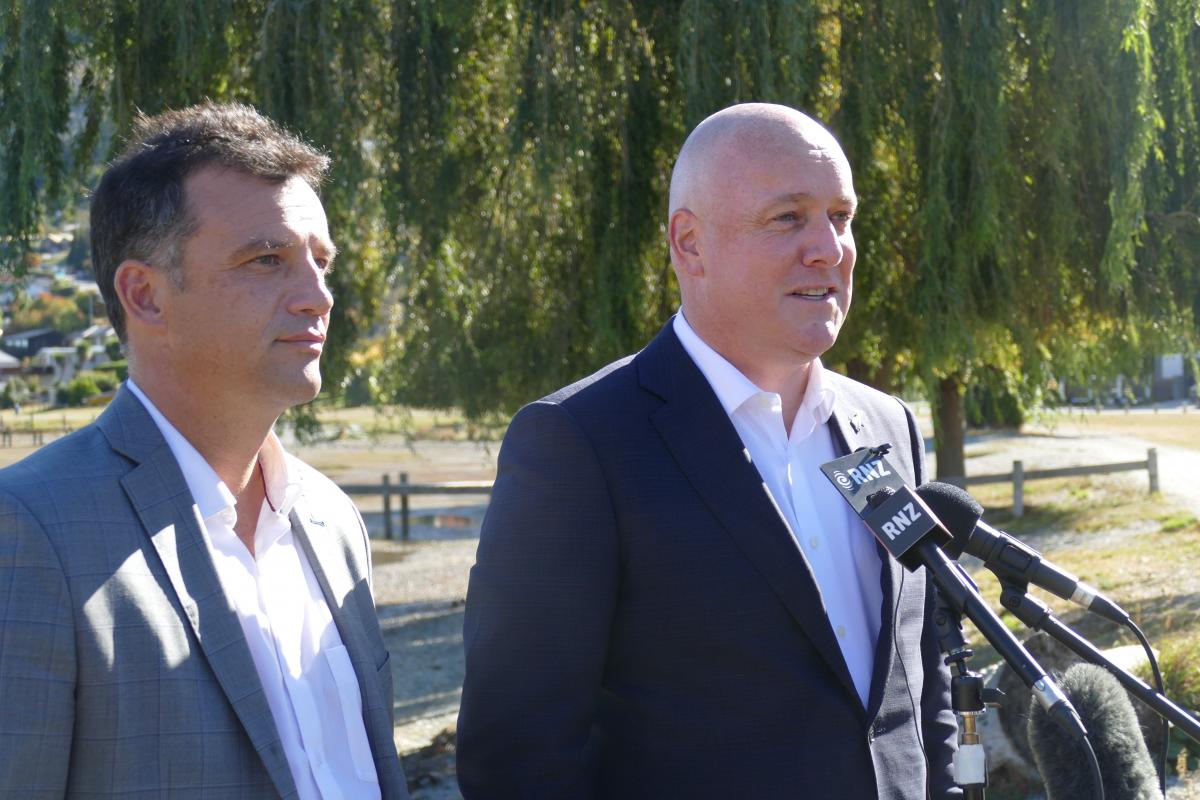 Luxon was interviewed on the TVNZ Q+A show this morning.

He spoke about Government spending and inflation.

“There is dumb stuff. There is wasteful spending going on,” he said.
TV host Jack Tame asked Luxon how much more he’d get a year under National’s tax proposals if he was prime minister.

Tame said Luxon would get about $18,000 extra and asked if the National leader needed that kind of money.

National would scrap that bracket, instead aligning it with today’s second-highest bracket at 33 per cent.

The party has called for changes to the bottom three income tax brackets at the upcoming Budget to reverse what it called four years of bracket creep.

National wanted these brackets raised to reflect inflation. Luxon said his plan would deliver about $1,600 “for an average household income” over a year.

He told Q+A somebody with the median income would get $850 a year.

Luxon last month said he would repeal every tax or added levy Labour had introduced since 2017.

Luxon told Q+A although some global events were influencing inflation, many of New Zealand’s trading partners were performing better than New Zealand.

Inflation rose in the first quarter to 6.9 per cent, the highest rate in the consumer price index since 1990.

Luxon said the Labour Government’s spending habits were partly to blame for inflation, and the party should be more prudent with expenditure.

Luxon also referred, as he has in previous weeks, to $1.8 billion being spent on “14,000 more bureaucrats”.

He seemed to be referring to 14,000 additional public sector employees hired since 2017, a topic his colleague Simeon Brown raised in the House last year.

Luxon also said the $1.9 billion spent over five years on mental health had not led to better outcomes in that area.

And he said the Government’s multi-billion-dollar spending on education was not delivering optimal results.

Minister of Finance Grant Robertson will deliver the Budget on May 19.